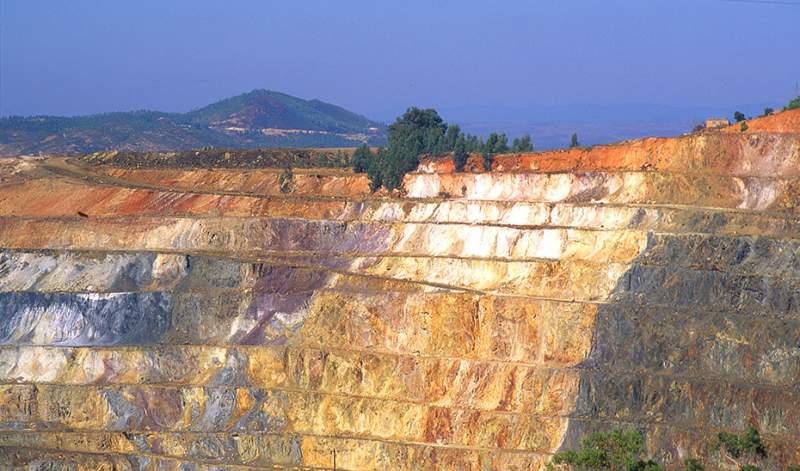 The Junta de Andalucía’s Ministry of Economic Transformation, Industry, Knowledge and Universities has proposed a project valued at €3,100m for funding from the Next Generation of the European Union, that involves the Iberian Pyrite Belt, between the provinces of Seville and Huelva, in a project that can benefit the metal mining and metallurgy sectors in Andalucía.

This huge enterprise would bring together a score of industrial and infrastructure investments led by the six main companies operating in this industrial segment, involving the sustainable use of metallic minerals and the use of clean energy sources, and in the process, should create around 6,800 new jobs.

It is reported that officials from the Ministry of Economic Transformation have been in advanced talks during recent months with the Next Generation, about this macro-project, in the hope of being able to get the required funding and the go-ahead for it very soon, which can make it a key to kickstarting the economy of Andalucía after the pandemic.

The proposed project will see the mining, transformation, and recovery of metals that are part of the group of fundamental raw materials listed by the European Commission to lead the economic and digital transition, as this enclave has huge resources of sulfide deposits, including copper, zinc, lead, silver, and gold, as well as mineralisations of cobalt, and others of gallium, indium, and germanium.

The pandemic has highlighted the risks associated with the interruption of international supply chains and, to avoid this situation occurring in the future, Europe is looking at being self-sufficient, as opposed to the current position which sees most raw materials for economic activities being imported from outside the zone.

The minerals which can be mined from the Iberian Pyrite Belt in Huelva and Sevilla are the basis for the manufacture of electrical and electronic equipment for mobiles, computer equipment, electricity storage batteries, and solar panels, as well as being used in equipment for electric vehicles, as reported by juntadeandalucia.es.