Horror as Base Jumper’s Parachute Fails to Open 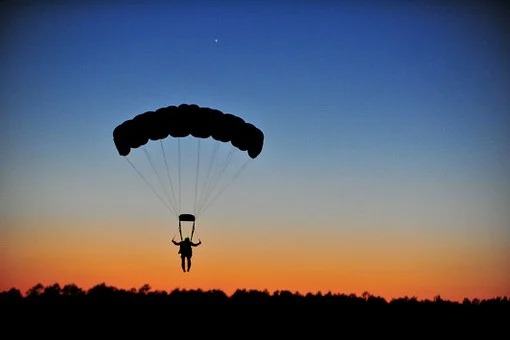 Horror as Base Jumper's Parachute Fails to Open Credit: Pixabay

A base jumper attempted to make a parachute jump from the UK’s tallest chalk cliff, Beachy Head, but everything did not go as planned. The cliff towers some 162 metres above sea level and a parachutist has been rushed to Brighton Hospital after their parachute is believed to have failed to open at Beachy Head in East Sussex.

After the base jump went wrong the coastguard rushed to the scene of Beachy Head in Sussex at around 9.15 on Sunday morning, April 4. The jumper had to be rescued by multiple coastguard rescue teams along with the RNLI, ambulances and a rescue helicopter too.

It is believed that the jumper’s parachute had not fully opened during the staggering 162 metre base jump, as reported The Angus. Rescue teams were able to winch the jumper up using the search and rescue helicopter and then rush them to hospital.

The jumper was taken to Brighton Hospital but their medical condition is not known at the present time.

A spokesman for the Coastguard commented on the dramatic rescue which required multiple teams and much coordination. The spokesman said, “A 999 call was received at 9.15am today reporting an injured person at Beachy Head.

“The Coastguard Rescue Teams from Eastbourne, Birling Gap and Newhaven, the RNLI lifeboat from Eastbourne, the search and rescue helicopter from Lydd and the South East Coast Ambulance Service attended the scene.”

The spokesman then went on to explain how the base jumper had been airlifted to hospital and said, “The casualty was winched by the search and rescue helicopter and airlifted to Brighton Hospital where they were passed into the care of medical staff.”

It appears that many people have been taking advantage of the bank holiday sunshine along with the stunning views Beachy Head has to offer, as over the bank holiday weekend the local area was extremely busy. Police were also in attendance to ensure crowds behaved themselves and obeyed coronavirus restrictions.

One person took to Twitter and tweeted that, “To say it’s busy at Beachy Head this afternoon is an understatement.

“It is rammed to the point Sussex Roads Police have a few units ensuring everyone behaves.”