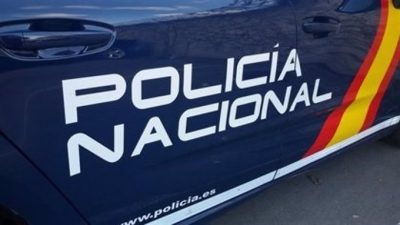 POLICE are investigating after a man was injured during a brawl in Malaga.

Officers from the National Police are investigating after the man was left injured following the brawl which took place in Malaga.
According to reports, the man was seriously injured last night following a large fight involving several young men.
The victim was transferred to hospital with a head injury that left him unconscious following a fight between groups of young people in the centre of Malaga.
Police are now investigating to work out how the man was injured during the brawl after the group of mainly foreign nationals reportedly clashed in the street.
Health workers attended the scene to find the man lying on the ground unconscious, before he was transferred to hospital.
The residents of the area had been complaining about similar events after the incident took place near to where Malaga man Pablo Podadera died after trying to stop a fight in 2017.
The trial into the death of Pablo Pobadera will take place in a court in Malaga.
The Court of Malaga had sentenced the two defendants to three years and two months in prison for the death of the young man, following the verdict of the jury, which found both young people guilty of a crime of injuries and another of reckless homicide. Two other defendants were acquitted of covering up the offence.
However, the Superior Court of Justice of Andalusia (TSJA) overturned the sentences of the two defendants convicted of killing the man, as well as the resolution that acquitted the other two defendants in this case, ordering a new trial.
The incident took place in April 2017 when the victim, Pablo Podadera, went out with friends in Malaga and saw a fight breaking out.  He stepped in to stop it but was allegedly hit by the two of the defendants and died.
The Andalucian High Court upheld in its judgment the appeals presented by the Public Prosecutor’s Office and the private prosecution on behalf of the family of the man, who called his killing a murder.
The court also found there was no evidence to acquit the two men accused of covering up the killing, and overturned the sentence.
The Prosecutor’s Office had requested 18 years in prison for two of those accused of a crime of murder and two years in prison for two other young people accused of covering it up and a new trial will now take place in Malaga.