500kg of Hashish Intercepted in Marbella 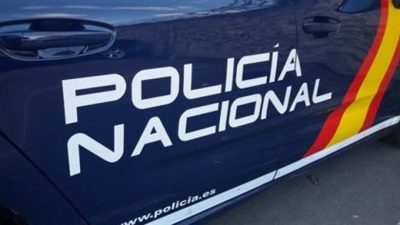 500kg of hashish has been intercepted in Marbella.

THE National Police and the Guardia Civil have worked together to dismantle a criminal organisation that operated from the coasts of Ceuta and Morocco to Malaga. The organisation was dedicated to trafficking drugs via sea. Officers from the UDYCO narcotics group of Marbella Local Police station and Guardia Civil from OCON Sur carried out the joint investigation.
A ship belonging to the organisation was intercepted on the beach in Guadalmina, Marbella, and was found to be transporting 510 kilograms of hashish hidden inside fuel containers.
Three men of Spanish nationality and aged 32, 38 and 42 have now been arrested in the town of San Pedro Alcántara for their alleged participation in the crime.
The Guardia Civil identified three suspects on board a boat that was seen to be leaving the port of Ceuta. Following this, the same boat was spotted on the beach of Guadalmina in the middle of the night by using aerial technology of the Provincial Police station of Malaga. According to the proceedings, members of the organisation had loaded the fuel containers containing the hashish onto the boat to set sail for the Malaga coast.
Being watched by sea and by land, the crew managed to escape in a vehicle with other members of the organisation who were waiting for them to transport the hashish to a safe place.
Officers discovered a shipment of fuel canisters that weighed more than normal on the abandoned boat. Following an inspection of the containers, there was found to be numerous packages of hashish – 510 kilograms in 17 containers. Police also found half a dozen fuel bottles, a wetsuit, a GPS navigator and two telephones aboard the boat.
That was the first part of the investigation and interception. The second stage was the detaining of three people involved in the crime on March 10 in San Pedro Alcántara for their responsibility in the crimes of drug trafficking and their part in the criminal organisation.
The three arrested would carry out the transportation of drugs to ‘nurseries’ and also carry out surveillance.
Source: Area Costa del Sol