Who thinks of all this stuff? 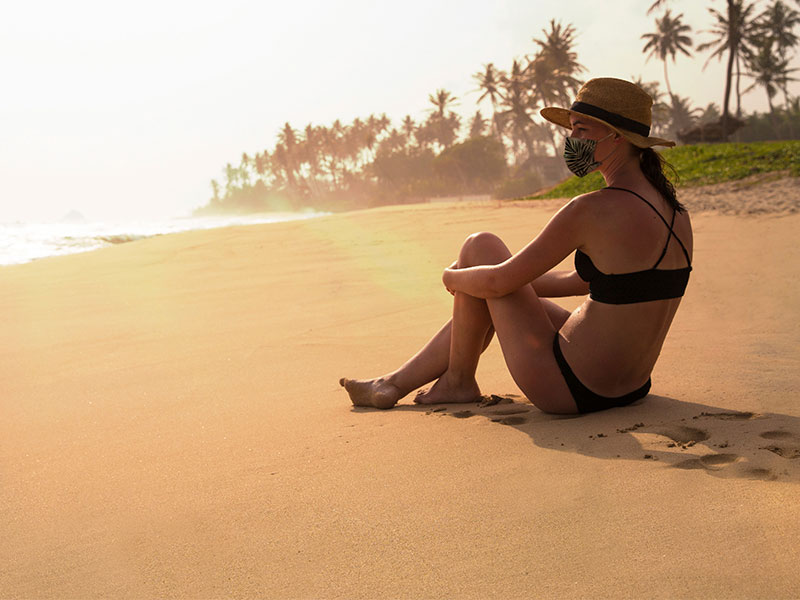 WELL, summer here is going to be fun for people that like to sunbathe on the beach as it’s just been announced that they will have to wear a mask at all times! Suntans will be interesting! Enough now – stop.

Spread the beds out and disinfect, like they did last year, take reasonable steps but to expect someone to wear a mask is just barmy. So you can lie on a beach, practically naked, and, on some, completely naked, and finish up getting nicked for having your chin, mouth and nose on display. Really?

Hopefully, there will be thousands of people here during the summer. Do the police have nothing better to do? Or perhaps the people that rent the sunbeds will be asked to police it causing the same rows that are happening elsewhere in supermarkets and other public places. Then there will be the punters that sit on their own beds and chairs. It’s just crazy, will not work and will cause chaos. Who thinks of this stuff and what evidence is it based on?

Does anyone watch the Panorama programme about Covid testing in a Milton Keynes lab about cross-contamination and false positives? If not, find it and watch it, it’s scary. Funny enough didn’t see much about it in the press the next day. Wonder why?

Mainstream telly is just a waste of time at the moment. I’m fed up watching programmes about baking, cooking and repairing. The BBC is in such a mess it’s now putting BBC2 regulars like Top Gear and Dragon’s Den, both considered niche product, on to BBC1. I love a quiz, as my daughter always reminds me, but they are even repeating them at prime time. I have to confess my memory is getting so bad I still can’t get the questions right even though I’ve seen it before!

They have already got rid of BBC3 and just announced that BBC4 is now going to be an archive station which is just poncy BBC speak meaning it’s going to be used for showing even more repeats.

Just saw Mrs S reading an article about new euthanasia rules being put in place in Spain. I said to her that she had no need to look at all that sort of stuff as, thank goodness, she’s in extremely good health. She just looked up, grinned and said, with a twisted smile, on her face, “I wasn’t looking for me.” Ouch!