Tourism Versus Nature at the Cabo De Gata Natural Park 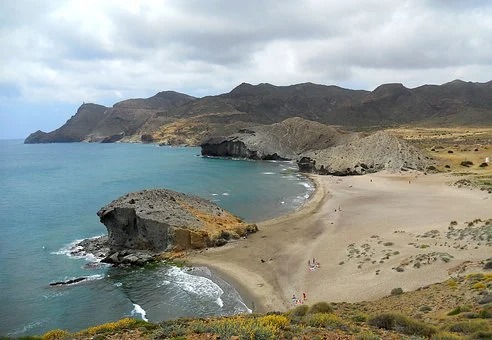 Tourism versus nature as hotels planned for Cabo de Gata Natural park in Spain’s Almeria.
HUNDREDS of thousands of people have added their names to a petition against two new hotels which are planned to be built in the Cabo de Gata natural park in a bid to prevent tourism winning out over nature.
Both expats and Spaniards alike feel that the natural park should be preserved, rather than being built on in order to bring in more tourists. The natural park already brings in many tourists every year to take part in activities such as kayaking, hiking and exploring the natural beaches or just bathing in the sun.
In fact, the Cabo de Gata natural park is home to many sustainable ecotourism activities which includes birdwatching and field trips along with water based excursions such as diving and boat trips. The natural park is also home to many traditional arts and crafts including pottery, painting and handmade jewellery and clothes. The coastline is also home to wonderful secluded beaches and restaurants.
The petition started by Celine Feutry aims to protect the Rodalquilar area from being urbanised with new hotels. It is believed that the area could be, “the new victim of policies that promote urban development rather than the conservation and protection of a unique natural site.”
One concerned expat told EWN how protected land should be preserved and said, “I think it is very important to preserve protected land rather than building on it. The park already brings in tourism with the activities that you can do there like kayaking and hiking, and the builds would also affect the eco-systems and bird habitats in the park.”
The petition states that, “The Níjar Council has made it known to the press that it has two action projects in process for hotels in Rodalquilar, on land classified as undeveloped, of special protection, as it is within the Cabo de Gata-Níjar Natural Park.
“For these projects to see the light of day, they must still have the unified environmental authoriSation by the Ministry of Agriculture, Livestock, Fisheries and Sustainable Development of the Junta de AndalucIa (the same Ministry that gave the green light to the hotel project in Genoese on June 24), and the declaration of public utility or social interest by the Níjar Council” according to the petition on Change.org.
At the time of writing the petition had gained nearly 250,000 signatures in the hopes of protecting the natural space from increased pollution and tourist pressure.
The petition also highlighted the fact that, “We cannot allow more hotels to be built in protected areas, no matter how small they are, their impact can only be even greater as it only encourages other cortijo owners to convert them into hotels.”