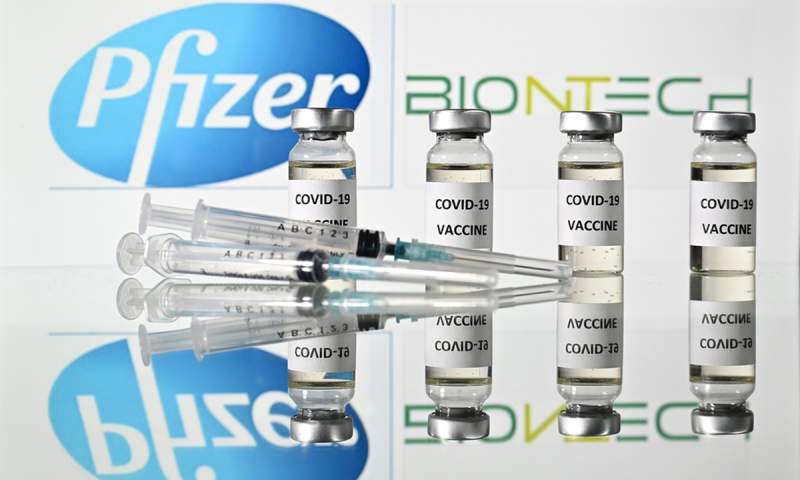 THOUSANDS of British and Spanish nationals have already received their vaccinations, some were administered with the AstraZeneca vaccine and others with the Pfizer/Biontech drug. Pfizer Inc’s CEO is now saying he believes people will most ‘likely’ need a third dose of the Covid-19 vaccine.

Due to blood-clotting worries, health authorities changed the aged groups they were prepared to give AstraZeneca vaccine, hence the split between the two. Supply problems are another factor.

During a panel discussion hosted by CNBC in conjunction with CVS Health that aired on Thursday, April 15, Albert Bourla said a potential booster shot would be administered six to 12 months of being fully vaccinated. Bourla added that he thinks it is possible that people will need to be immunised against coronavirus annually.

“There are vaccines that are like polio that one dose is enough… and there are vaccines like flu than you need every year. The Covid virus looks more like the influenza virus than the polio virus. It is extremely important to suppress the pool of people that can be susceptible to the virus,” Bourla said.

The comment comes after Johnson & Johnson CEO Alex Gorsky told CNBC in February that people may need to get vaccinated against Covid-19 annually, just like seasonal flu shots.

Researchers still don’t know how long protection against the virus lasts once someone has been fully vaccinated.

Moderna is similarly studying an upgraded version of its Covid-19 vaccine that is specifically designed to target the South African variant, which some experts worried may evade existing vaccines.

In an interview Wednesday with CNBC, Moderna CEO Stéphane Bancel said the company is working on a shot that would combine protection against Covid-19 and the seasonal flu. It will be especially important over the next year, he said, as new variants of the coronavirus emerge and circulate around the world.

“What we’re trying to do at Moderna, actually, is to get a flu vaccine in the clinic this year and then combine a flu vaccine to a Covid vaccine so that you only have to get one boost at your local CVS store, at your GP every year, that will protect you to a variant of concern against Covid and a seasonal flu strain,” Bancel said.