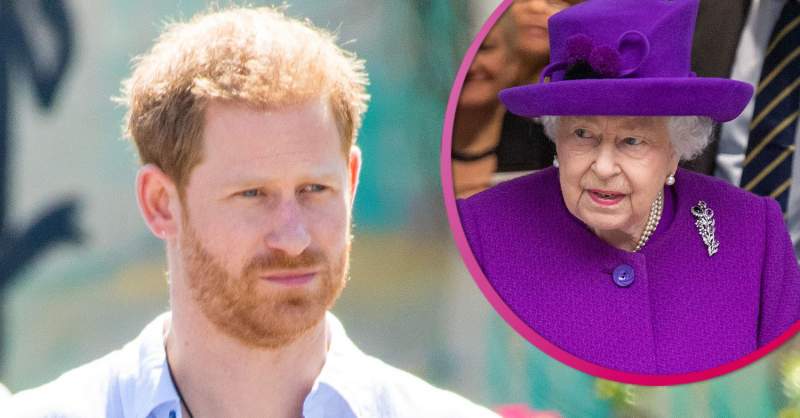 Prince Harry Could Delay Return To LA And Stay For Queen’s Birthday.

AFTER attending Prince Philip’s emotional funeral service, a report revealed that Prince Charles had private talks with his sons Prince William and Prince Harry amid the Duke of Sussex’s rift with the royal family. Interestingly, while several reports suggest that Harry is expected to fly back to LA today, ie April 19, The Sun has reported that Harry may now stay for his grandmother Queen Elizabeth’s 95th birthday, which takes place on April 21.

It is understood that Prince Harry’s open plane ticket means, if he so wished, he could spend Wednesday with the Queen for her first birthday without her beloved husband Prince Philip. It would also mean of course a delay in seeing his 23-month-old son Archie and his wife Meghan Markle, who is pregnant with their second child.

The last time William and Harry were seen together in public was on March 9 last year when they attended a Commonwealth service at Westminster Abbey.

All eyes were on one Prince Harry during Prince Philips’ funeral, which took place at St George’s Chapel, Windsor Castle, as it marked the Duke of Sussex’s first reunion with the royal family post his and Meghan Markle’s final royal engagement in March 2020 as well as their controversial tell-all interview with Oprah Winfrey. While Harry and William were kept apart with cousin Peter Phillips placed between the brothers, the world got to see Harry converse not only with William, but with sister-in-law Kate Middleton as well.

According to The Sun, Harry had “private talks” with William and Charles after the Duke of Edinburgh’s funeral, which lasted for almost two hours. A source shared that even though it’s early days, one would hope “this is exactly the first step Philip would have wished for,” while also sparking hopes that the heartbreaking rift between the siblings could one day be healed.

As per a source, with Harry and William remaining cordial during the televised funeral service, it paved the way for Charles to join his sons when everyone had left. Harry and William arrived at the Quadrangle together while the rest of the family chatted on the lawn, away from the TV cameras.

Charles, along with Camilla, who had led the royal family on the walk back, strolled across the grass to have a word with the princes as the rest of the family members split into small groups and spoke two metres apart without their mask, offering “solidarity” and “comfort.” As for the Queen, she retired to her private apartments immediately after the service with her Lady-in-Waiting, Lady Susan Hussey.

Many mourners, who joined Queen Elizabeth inside the chapel left the castle shortly post the 50-minute funeral service. While Camila is said to have left by car without Charles at 5pm, sources informed that the Prince of Wales stayed at the castle for an hour after Camila departed along with his sons.

According to royal biographer Penny Junor, the talk took place minutes after the funeral as the trio was grieving in their own ways. As for the conversation, a source believes that it’s “unfathomable to think Megxit and Oprah did not come up.” There “might have been some greetings” which is also “a positive start.”