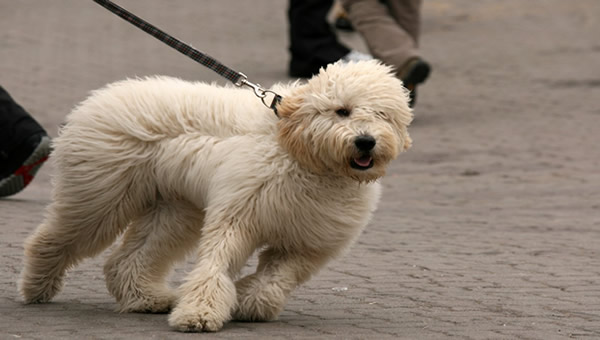 Torremolinos town hall has today, Friday 23, reacted to the numerous complaints they have received from residents complaining about dog owners allowing their pets to urinate in the streets, and are now bringing in fines of between €75 and €500.
The town hall recommends dog owners dilute the dog’s urine using a solution consisting of 750ml water, 240ml vinegar, and 10ml soap, with local police reported as saying they will be “especially vigilant”, according to surinenglish.com.
This got me thinking about the number of pet owners who – even though a law was passed years ago saying they must pick up their dog’s excrement – still walk their dogs in public places and allow them to do it, and then, just walk on, leaving the mess behind. Why?
When I was a kid I remember an older person telling me it was a sign of good luck if you stepped in dog poo – but, having done it since, I fail to see where the ‘good luck’ is in having to then clean the offending, smelly mess from my footwear – and I really wish now that I had asked them at the time, exactly WHY it was lucky. Oh, and the same person told me it was good luck if a bird pooped on your head too!
I would simply love to know what goes through the mind of a dog’s owner when they allow it to squat in the middle of the pavement, and leave a mess, making no attempt to clean it up, just leaving it for somebody to step in, maybe they find it amusing, who knows, I know that I personally don’t find the thought amusing.
At this point, I should stress that the biggest majority of dog owners DO clean up after their dogs, but I just can’t help myself when I see somebody stopping to allow their dog to deposit, I am always watching and waiting for them to reach in their pocket, or wherever, and pull out the little plastic bag and gloves.
There have been occasions when owner and dog have walked happily away, leaving the mess, and I’ve chased after them to ask if they have maybe left something behind, which as you can imagine has sometimes been met with not such pleasant replies, but, the remarkable thing is, nearly all of them, when confronted, produce the bag and gloves which they had with them all along!
The Euro Weekly News is running a campaign to help reunite Brits in Spain with their family and friends by capping the costs of PCR tests for travel. Please help us urge the government cap costs at http://www.euroweeklynews.com/2021/04/16/ewn-champions-the-rights-of-brits-in-spain-to-see-loved-ones-again/