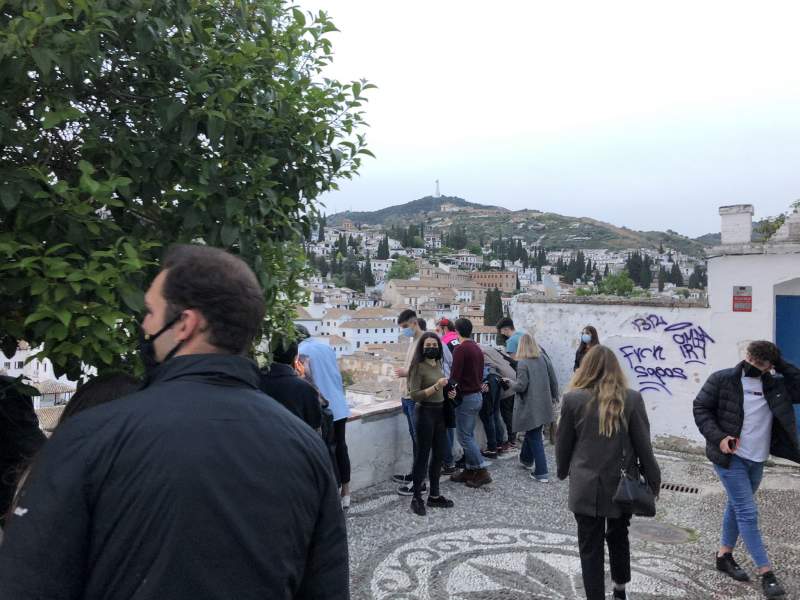 Teen suffers severe head injuries in 7-metre fall at popular ‘hang out’ spot in Andalucia.
AN unconscious 17-year-old male with a serious injury was taken to the Neurotraumatology Hospital after he fell from a seven-metre high wall in the Mirador de la Churr in the capital of Granada.
The 112 emergency service received a call at around 8.40pm on Saturday evening, April 24, reporting a male had fallen and was in a serious condition.
The victim had reportedly gathered with friends at the ‘look-out’ spot where alcohol was being consumed, though this has not been confirmed by official sources, according to Ideal.
The Mirador de la Churr is apparently a popular area of Granada with young people who meet up in large groups and drink alcohol, despite current restrictions, reports the same publication.
The teenager’s condition is currently unknown, but doctors in the emergency department and Neurotraumatology specialists were attending to the young man through the night.

Earlier in the month, 16-year-old Irish schoolgirl sadly died after being hospitalised when she took a nasty fall from a 16-foot high wall near the famous Avellano fountain on the outskirts of Granada on Friday, March 19.
The incident occurred after the region slightly eased its coronavirus restrictions and a group of young people are believed to have gathered in the area at around 10pm.
Two friends who were with the injured girl raised the alarm.
Spanish authorities launched an investigation into the horrific incident, which is believed to have occurred as the girl returned from the social gathering, but are treating it as a tragic accident; according to media sources, two other young people were injured after falling at the same spot a few weeks ago.
The Department of Foreign Affairs confirmed that the Irish schoolgirl sadly passed away on Thursday, April 1 and said that they are providing consular assistance to her devastated family.