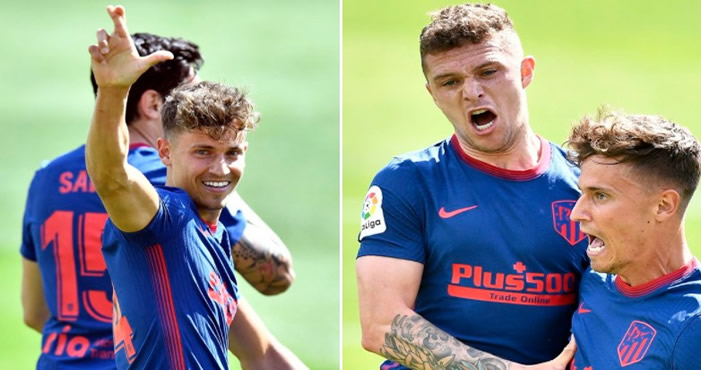 Atletico Madrid travelled to the Estadio Martínez Valero to play Elche, knowing that their cross-city rivals, Real Madrid, were playing Osasuna later on Saturday evening, so a win was the only result that would suit in Elche if they wanted to stay on top of the pile for another weekend.

A win was forthcoming, by the slenderest of margins, but, a win is a win, and Diego Simeone‘s men are there at the summit of La Liga tonight, Saturday 1, thanks to a solitary goal after 23 minutes from Marcos Llorente.

Luis Suarez put the ball in the Elche net past Paulo Gazzaniga, but it was ruled out for offside, and again, just after, he missed a very good one-on-one opportunity to put the visitors in front.

Everything changed on 23 minutes, Llorente’s shot hit Josema and deflected into the bottom corner of the Elche goal, with a penalty shout then coming just on the stroke of halftime, when Diego Gonzalez was judged to have handled the ball, but it was ruled out by VAR.

Elche kept pushing for an equaliser, winning a number of free kicks, before being awarded a very dubious free-kick for handball against Kieran Trippier, the result of which, as the free-kick was hit into the box, was a clear-cut handball by Llorente, in the final minute of the match.

Atletico’s Slovenian goalkeeper has been something of a penalty specialist this season, but he wasn’t called into action, as Fidel smashed his penalty against the post and out to safety, with Oblak diving in the right direction.

This result, at the moment, takes Atletico five points clear of Real Madrid, who were due to play a few hours later, as reported by marca.com.