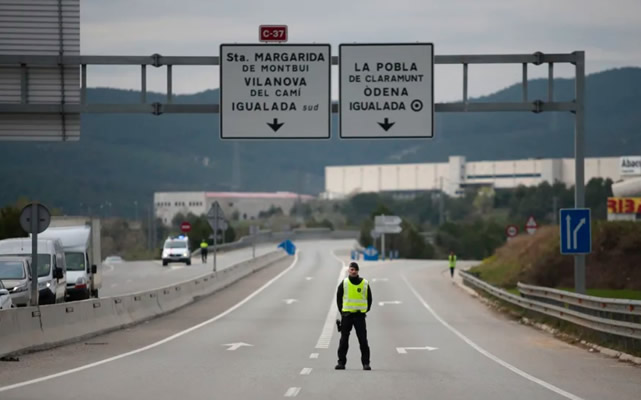 Catalonia rules out extending curfew after State of Alarm ends on May 9.

SPOKESPERSON for the Generalitat, Meritxell Budó, has today (Monday, April 3) ruled out extending “exceptional” measures such as the curfew from May 9, when the State of Alarm ends “if the data is good”.

In an interview on Radio 4 and La 2, Budó has assured that the Generalitat will analyse epidemiological data throughout this week to decide what measures may need to be maintained.

“Whatever is not necessary to extend, we will not extend,” she said, according to Europa Press.

The current Minister of the Presidency also explained that the government wants to approve a regulatory framework tomorrow to be able to apply this type of restriction should the data worsen.

This, she said, would give them legal protection and the government has already addressed this issue with the Superior Court of Justice of Catalonia (TSJC) to “ensure its viability”.

Asked if the perimeter confinement of Catalonia will also be scrapped, Budó replied that “it is still being assessed” and that the main objective is to evaluate how to recover affected economic activities, like bars and restaurants, which will be able to open in the evenings from May 9.

The Minister of the Interior, Miquel Sàmper, told press on Friday, April 30, “hopefully we can eliminate the curfew, but we need this tool in case the data worsen and it is necessary to decree it”.

However, at the same press conference the Minister of Health, Alba Vergés, suggested the intention of the government is to impose a curfew from 11pm.

There have been differing restrictions put in place throughout the region since last Autumn ranging from the more permissive measures during the Christmas period, through to strict municipal lockdowns, although exceptions were always made for cases like work-related travel, taking care of dependents, or health emergencies, as reported by catalannews.com.