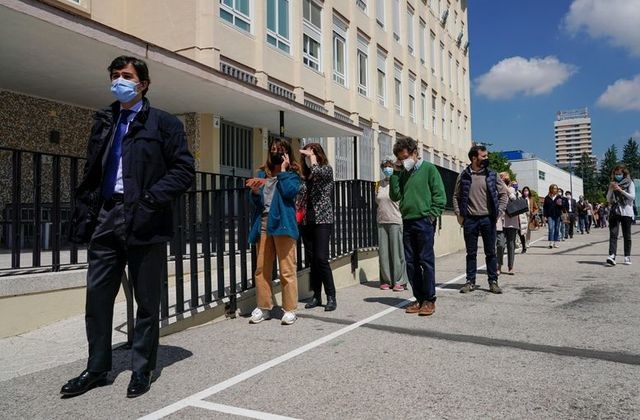 Polling stations in the regional elections in Madrid have reported a 69.08% turnout- an increase of almost 11 points compared to the 2019 elections.

The President of the Government, Pedro Sánchez, has again encouraged citizens to vote, while the leader of the PP, Pablo Casado, has predicted “a turning point” in national politics in the event of a victory for Ayuso. Elections are this year being held in special circumstances: on a weekday, in the middle of a pandemic, and only two years after the previous elections.

The polling stations close at 8:00 p.m., although they will remain open for a few more minutes if there are people still in the queues wishing to exercise the right to vote.

The 4M elections for the Community of Madrid promise to be very intense. To keep journalists, and the rest of the country informed, and in keeping with the technological times in which we live, Isabel Díaz Ayuso’s Government has decided to use Artificial Intelligence (AI) to interact with journalists accredited to cover the count on election night and provide answers to questions.

This is the first time an election has used this smart software. It is a digital innovation developed in Hong Kong, China, and is capable of interacting with people and offering data in real-time, thanks to a technology adapted to offer detailed information on voting in an “agile and precise way”, said the Community of Madrid through a Press release.