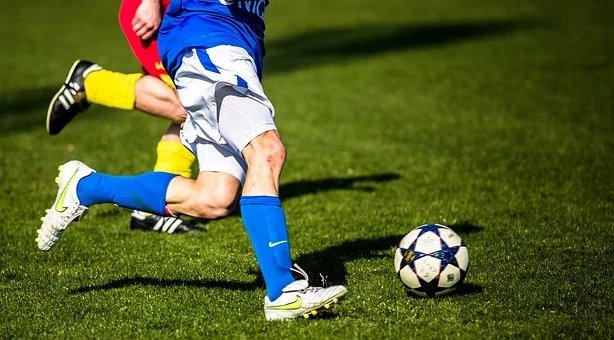 Footballers Sentenced for Horrific Stabbing of Rival Team’s Captain.
Two footballers have been sentenced for stabbing a rival team’s captain in Spain’s Malaga.
The Footballers were from the El Palo B team and attacked the 24-year-old team captain of the Alhaurín de la Torre B club after a match took place between the two teams in Malaga in 2016.
The two footballers have been sentenced to a total of 20 years in prison for attempted murder after the vicious attack. Death threats were repeatedly issued throughout the game and they included one man saying “When the minutes are up I’ll kill you, we’ll see you outside, I’ll wait for you,”
The injured footballer suffered from horrific wounds including being stabbed twice and also being head-butted. He was stabbed once in thorax and a second time near to his heart. The injuries have left him with a reduced quality of life whereby he requires regular cardiac assessments due to scar from the attack.
Due to the positioning of the scar there is a possibility of arrhythmias, heart failure and thrombi occurring in the future. The footballer is now unable to carry out certain activities which he had previously enjoyed.
According to La Razon, “One of the defendants was the captain of the El Palo B team, and the facts date back to the day on which a third regional football match between El Palo B and the Alhaurín de la Torre team was played on the football pitch in the Malaga suburb of El Palo.”
The victim is expected be compensated with nearly 70,000 euros by the two defendants and a restraining order will also last for 11 years. The defendants will not be able to come within a distance of 1000 metres of the victim for this time period.
Tensions during the football match had increased and death threats occurred on multiple occasions. The threats allegedly included phrases such as “I’m going to kill you”, “do you see the minutes?” and “when the minutes pass I’ll kill you, we’re going to see each other outside, I’ll wait for you”.
Horrifically the footballers attempted to carry out these threats at the end of the match.
The Euro Weekly News is running a campaign to help reunite Brits in Spain with their family and friends by capping the costs of PCR tests for travel. Please help us urge the government to cap costs at http://www.euroweeklynews.com/2021/04/16/ewn-champions-the-rights-of-brits-in-spain-to-see-loved-ones-again/