Mandatory Helmets For Cyclists Aged Under Eighteen In Madrid 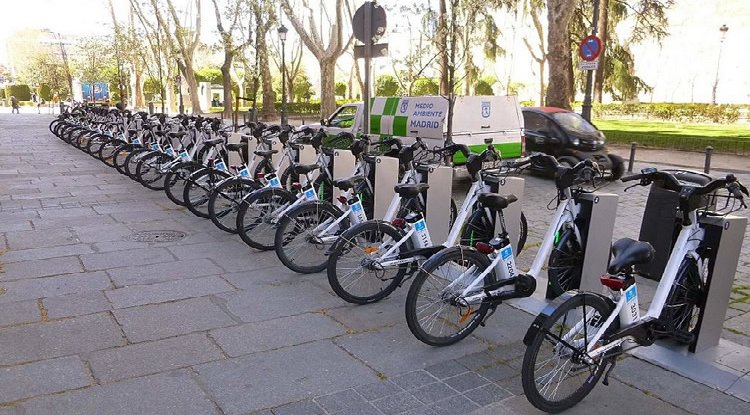 A new legislation will come into effect this Summer in Madrid, known as the new Sustainable Mobility Ordinance (WHO), which will incorporate some new features, but the main one will be that minors under 18 years of age who circulate through the city of Madrid by bicycle or scooter, must wear a mandatory helmet as mandatory, plus, riders who distribute food and goods on bicycles and VMPs will have to wear an approved helmet.

At the moment, the law only requires those under 15 to wear a helmet, so the new change really only affects young people between the ages of 16 and 18.

According to the regulation itself, one of the objectives of the new WHO, is “the protection of the fundamental right to life and physical integrity of people, and the constitutional right to health of people”, hence this new legislation, intended to achieve “the reduction of road accidents, focusing on the most vulnerable groups such as pedestrians and users of the aforementioned vehicles”.

Iñaki Diaz de Etura, a spokesperson for Pedalibre criticised the new rule, describing it as “excessive, because it is not supported by any objective data of accidents”, whereas Borja Carabante, from the Environment and Mobility area, argues that traffic accidents involving bicycles have increased in the last decade, from 340 in 2010, to 921 in 2020.

Diaz de Etura’s other argument against the mandatory helmets for cyclists rule is that, in general, it discourages the use of bicycles, and “is even more serious if the age is increased in young people and adolescents since they are at a critical age”, and warns that “less Bicimad will be used, as has been verified with the ‘resounding’ failure of a public bicycle service in Australia, one of the few countries in the world where the helmet is mandatory for all ages”.

Madrid City Council does not agree with Diaz de Etura’s point of view, with a spokesperson claiming that the municipal bike service has grown “exponentially, especially since 2020, something that is linked to the expansion of BiciMad, which in 2020 has expanded like never before, with 50 new stations, and the provision of 3,000 bicycles on the street, to which must be added another 454 bikes from BiciMad Go”.

Cycling infrastructure in the city has also increased, going from about 267km in 2021, to more than 730km that this network added in 2020, as reported by as.com.