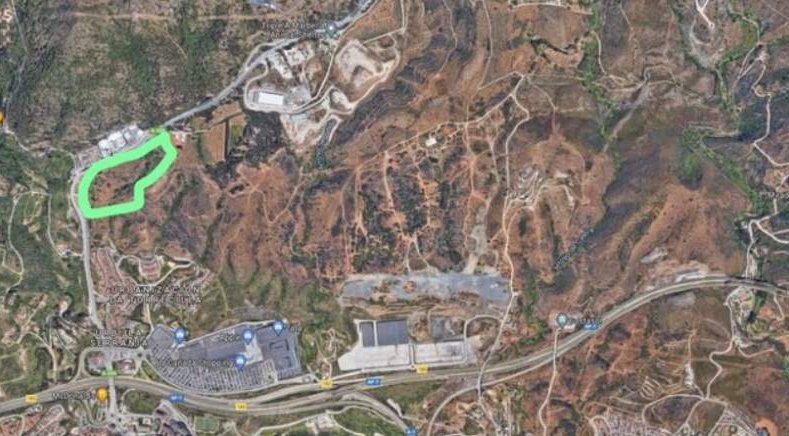 In a meeting of the Plenary of the Corporation of the Marbella Town Hall, on Monday 17, it was unanimously approved by all the political groups to transfer 13,000m² of land located in La Torrecilla, to the Junta de Andalucía, for the construction of the proposed Palace of Justice and new National Police Station, a project that is expected to be tendered before the end of the year.

The mayor of Marbella, Angeles Muñoz, confirmed that last September the “provisional transfer of the plot ” was approved and that “today we bring the final agreement”, explaining that the Town Hall will be ceding the plot of land to both the Council’s Department of Justice and to the central government, pointing out that the land “is going to become urbanised” by assuming “a benefit for the city”, thanking the regional administration and the Civic Initiative Platform for the Costa del Sol judicial center for their “effort and support”.

Ms Muñoz explained that last week she met with María José Torres, the General Secretary of the Ministry of Justice, and Miguel Ángel Reyes, the general director of Justice Infrastructures, during which “it was agreed how to tender the project”.

The mayor assured that “the Palace of Justice will be in tender in this same legislature”, specifying that “the idea is that before the end of the year we can have the tender for the project, for which there will be a joint commission between the Junta de Andalucía and the Town Hall, with funds from the Ministry itself”.

She reminded the meeting about the initial attempt to locate the Palace of Justice in the building attached to the Costa del Sol hospital, which was seized for corruption by Juan Antonio Roca, the former Urban Planning advisor, therefore, the judicial facility will finally be located to the north of the city.

As a result of this, she pointed out that the Town Hall has paid “almost €5m to be able to obtain 35,000m² of the La Torrecilla plot through a court ruling”, and that it will yield, absolutely free, both the Board’s Justice Department and the central government for the new facilities of the National Police Station.

“We needed quality facilities, modern and consistent not only with current needs, but also future, and above all, thinking of users and professionals of the Judiciary who practice law in the city”, said the mayor, referring to the lack of judicial headquarters in the municipality.