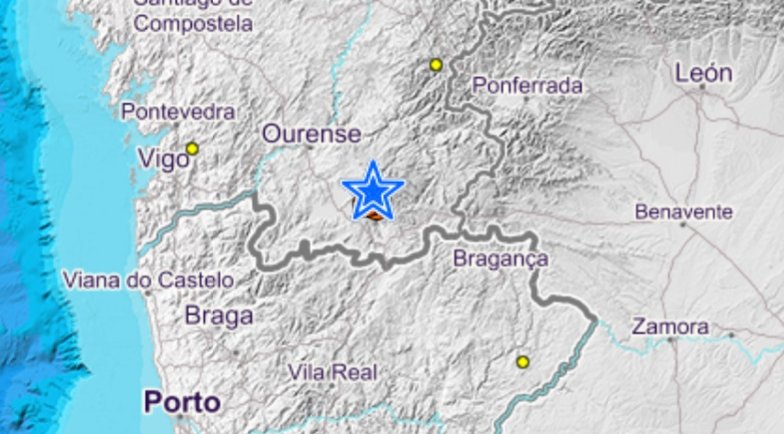 Earthquake Strikes Galicia In Spain With Aftershocks Felt Hundreds Of Kilometres Away.

Galicia in Spain was hit by the largest earthquake it has recorded in recent years this morning, Friday, May 21, reaching 3.9 on the Richter scale, its epicentre was tracked to the Ourense municipality of Laza, although it actually was felt hundreds of kilometres away.

Laza in Ourense registered nine smaller tremors in the last 24 hours. According to data collected by the National Geographic Institute (IGN), the latest measurements placed this new tremor with an approximate magnitude of 3.9 and calculated it could have been felt after midnight in the provinces of Ourense, Lugo, and Pontevedra.

This earthquake was followed by a new tremor, an after-quake, after 01.30 in the morning, with a magnitude 2.5. In the last week, the south of Galicia has recorded more than 50 tremors, the majority in the Laza area, but none of the same magnitude as the one reached early this morning.

Many citizens shared on social media networks their experiences of the tremors, which were felt in towns such as Vigo, Mos, Ponteareas, and Monforte.

The largest earthquake in the history of Galicia occurred on May 22, 1997, in Triacastela with an earthquake of magnitude 5.1, also, in Pontevedra in 1920, an earthquake with a magnitude of 4.7 was registered.

THE two earthquakes occurred around 4am on the morning of Saturday, April 3, though the Generalitat has stressed 112 has received no emergency calls as a result of the movements.

According to the National Geographic Institute (IGN), the first earthquake occurred at 3.49 am in the Gulf of Valencia, with a magnitude of 2.5 and a depth of nine kilometres.

Spain is not at risk of major earthquakes such as the 9.5-magnitude tremor that shook Chile on May 22, 1960, which remains the largest ever recorded quake in history.

Yet each year, between 1,200 and 1,400 tremors are recorded in the Iberian peninsula. Usually, they measure no more than 4.9 on the Richter scale, while one registering 5.0 or above occurs once every three and a half years or so.

The last time a major earthquake was felt in Spain was February 28, 1969, when a 7.8-magnitude tremor in Cape St Vincent, in neighbouring Portugal, knocked down several buildings in the southern Spanish province of Huelva.