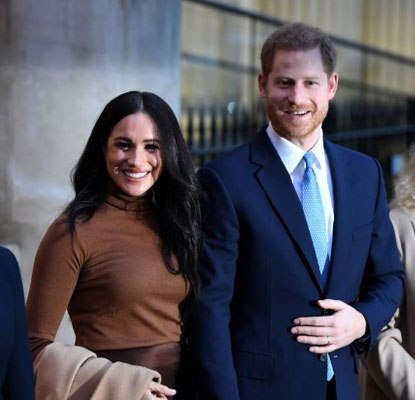 Kate Middleton’s millionaire uncle has slammed Prince Harry and Meghan Markle as a pair of “Muppets” and said they had thrown the Royal family “under a bus”.

Gary Goldsmith said he is “massively disappointed” with the Duke and Duchess of Sussex.

The IT tycoon, the 55-year-old brother of Kate’s mother Carole, told Australia’s 60 Minutes programme on May 23 that he thought it was highly unlikely Kate had ever made Meghan cry.

When the California-based royals first spoke with Oprah earlier this year, Goldsmith wrote a scathing missive on his LinkedIn profile slamming the pair for “craving attention” in the middle of the coronavirus crisis in the UK.

While now embarrassed by the post, Goldsmith said he did not completely regret it.

“I’m embarrassed about doing it but I stand by it. I’m just very disappointed with them and there’s a whole nation that’s massively disappointed with them. We all love Harry, the whole world loves Harry, but you just don’t do what they did. You just don’t do what they did and then go on Oprah and talk like that. It’s just not the way the world works.”

Referring to claims Kate made Meghan cry in the run up to her 2018 wedding, Goldsmith said, “I don’t believe a word of it.”

“There were a lot of things in that interview I didn’t believe. Kate would always be the peacemaker in those situations. I think we saw at the funeral (for Prince Philip) that Kate is always trying to make peace,” Goldsmith said.

The Palace is said to be further aggrieved by Harry’s latest media appearance on The Me You Can’t See, his TV series about mental health.

Speaking again with Oprah Winfrey, Prince Harry said he turned to drink and drugs to cope with the enormous pain of the death of his mother and the dysfunctional experience of growing up in the royal household.

“I was just all over the place mentally. Every time I put a suit on and tie on, having to do the role, and go, ‘right, game face,’ look in the mirror and say, ‘let’s go’. Before I even left the house I was pouring with sweat. I was in fight or flight mode. I was willing to drink, I was willing to take drugs, I was willing to try and do the things that made me feel less like I was feeling, he said.

The Duke of Sussex revealed he would knock back a week’s worth of booze in one weekend, “not because I was enjoying it but because I was trying to mask something.”