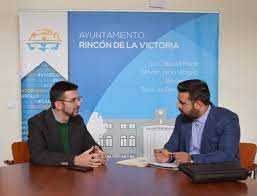 
THE town hall of Rincón de la Victoria has proposed a “pioneering” active ageing residential project to be implemented in the El Cantal district. Miguel Angel Jiménez, the councillor for Town Planning, Elena Aguilar (Cs), the second deputy mayor and councillor for Social Welfare, Elena Aguilar (Cs), and José Antonio López, the president of Tartessos Málaga, have reported on the characteristics of this cooperative, social, and non-profit project open to citizens through the method of ‘cohousing,’ which consists of the design of community housing based on cooperative principles.
This is, as Jiménez described, “a new form of collective living focused on efficiency and sustainability, made up of people who share common values, many of whom have previously lived alone. In 15 years, one out of every three households will be single-person households, with people over the age of 65 accounting for nearly half of them “.. “From the town hall, we are taking a step forward to help this project, finding the feasibility and legal and town planning fit required to adapt to these changing times, uses, and way of life,” the Town Planning councillor said Jiménez said that in the next municipal plenary session he will present its benefits in order to declare it a “project of municipal interest”.
“A partnership agreement will be completed in the next few days to allow persons registered in the municipality to be a part of this project and participate with the Social Welfare, and be involved in the courses and activities organised by this new facility,” the councillor for the Elderly stated. “Every day, we fight to give our older people priority, creating public policies to preserve their rights, now more than ever as the pandemic has converted them into a virus-prone population,” Aguilar added. As a result, 16 of the parking places will be dedicated for residents of Rincon.
“The support and sensitivity earned from the City Council with such a required project that generates activity, wealth, and involvement in the environment where it is located, as well as providing meaning and enrichment to a third of life, as the best antidote to loneliness and mental health,” said the president of Tartessos Malaga. According to López, the program is targeted at citizens aged 50 to 70, and the project’s and services’ economic viability is set at an amount “no higher” than the country’s average pension, which is €1,200 per month.
The project’s key characteristics are focused on the development of a residential complex with common and private areas for 68 participants in a cooperative structure with all necessary services, including basic services such as dependent care, cafeteria, medical and nursing consultations, recovery area, dependency area, multipurpose rooms for various sports, swimming pool, garden area, and outdoor activities.
As reported by Diario Sur