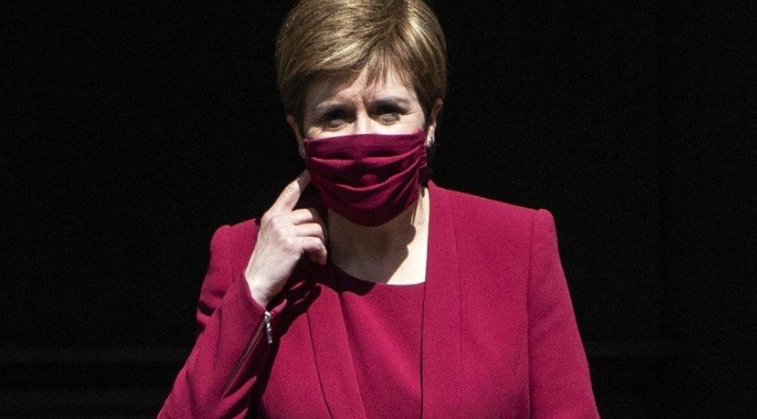 The Scottish Government, led by Nicola Sturgeon‘s SNP party, passed new health laws on Monday 24 that allow them to fine Scots as much as £960 if they are found to have travelled to any of the English regions that are known to be hotspots for the latest Indian variant of coronavirus, in an effort to combat the spread of the virus in Scotland.

Those regions include Blackburn and Darwen, Bolton, and Bedford, places in England where the UK Government has confirmed that the Indian variant is known to have surged, with Scots threatened that they could be fined a minimum of £60, going right up to a maximum of £960 if they break the rules repeatedly.

Not everybody thought it was a great idea, with Simon Clarke, a Conservative Middlesbrough MP criticising the new law in Scotland, saying, “We all need to take Covid seriously, but last time I checked, we were all citizens of the United Kingdom of Great Britain and Northern Ireland and free to act accordingly”.

Speaking to The Express last night, a Scottish Government source told the publication, “We are putting these restrictions in place respectfully. These areas are of concern due to the high prevalence of the April-02 variant, so we need appropriate measures in place which will be enforceable by Police Scotland”.

Updated official guidance from the UK Government has advised against all but ‘essential travel’ to Bedford, Blackburn and Darwen, Bolton, Burnley, Hounslow, Kirklees, Leicester, and North Tyneside.