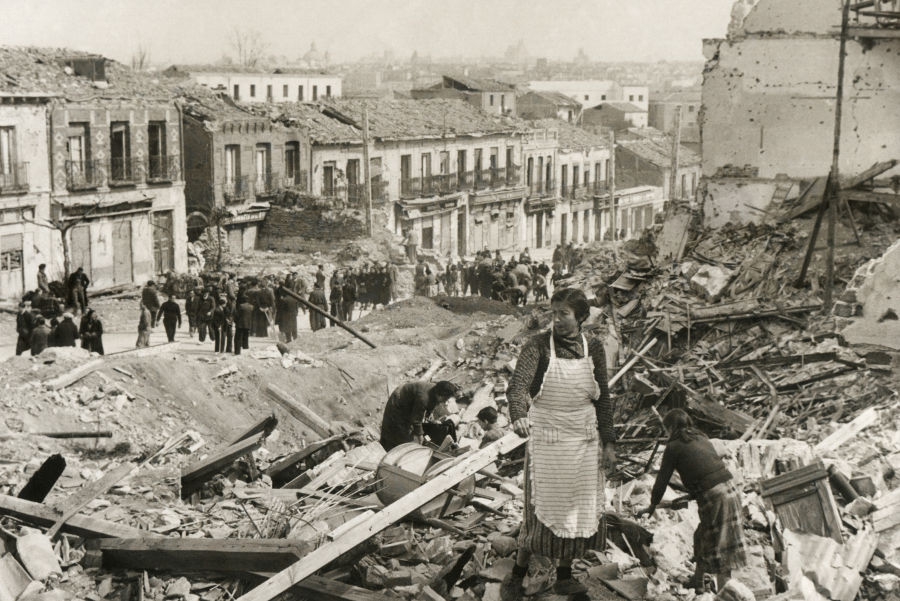 Madrid during the Spanish Civil War.

The last surviving member of the International Brigades who fought on the Republican side against Franco during the Spanish Civil War has died aged 101 in France.

The famed International Brigades enlisted foreign nationals. Josep Almudever Mateu first enlisted in the regular Republican army when he was just 17 but was discharged because of his age. Instead, because he had been born to Spanish parents in France, he used his French nationality to join the International Brigades.

Mateu was a teenager working in Valencia when the Civil War erupted in 1936. After Franco’s victory in 1939, he was arrested and sent to a concentration camp in Valencia.

“It was a criminal place. People there died of hunger, of stomach problems, of everything,” he said in 2016 interview with El Diario.

In an earlier interview with El Pais, he said, “I don’t know why, but they always made me watch when they shot people who had tried to escape from the camp. Never, in all my life, will I forget the screams of the people who were shot.”

He was eventually released and went into exile in France 1947. He died on May 23, but news of his passing was not released until May 24 at the request of his family.

The president of the Association of the Friends of the International Brigades, Almudena Cros wrote, “Lucid to the end, Josep longed for his Valencian land and to feel the warmth that the people of Spain gave him every time he visited us from France, where he had settled at the end of the civil war. A man of great intelligence, with a strong heart, hardened in battles and in prisons, he never stopped denouncing that the Spanish Republic had been cruelly abandoned to its fate.”