Today, May 28, Is International Hamburger Day 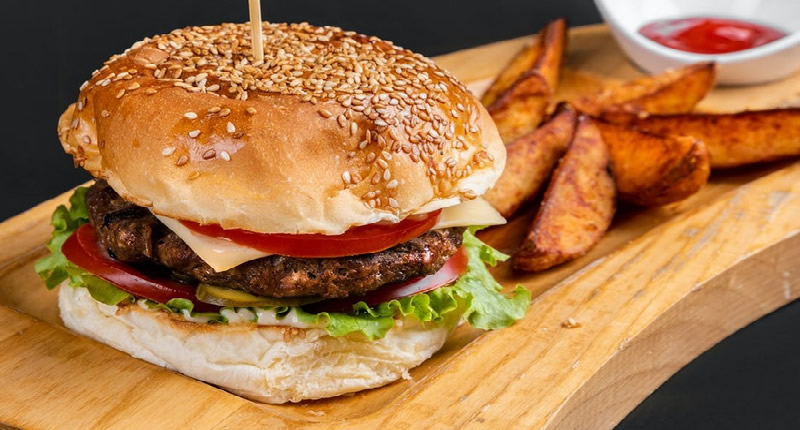 TODAY, May 28, Is International Hamburger Day around the world

According to history, today, May 28, is the date in 1895 on which the first-ever hamburger was served in a restaurant in Connecticut, North America, by a German immigrant – a chef named Louis Lassen who was living there – apparently, an accidental invention when a diner asked the chef to make him something that was rich in flavour, but to make it quickly.

The story goes that the chef had been given the recipe by sailors from the German port of Hamburg, which is how the name ‘hamburger’ came about, according to lavanguardia.com.

I think most of us, when burgers are mentioned, automatically link them with America, but, there are references in history books, around the time of the Roman Emperor Tiberius, to an easily transportable dish called ‘Isicia omentata’, that was fed to the centurions in the legions, made with minced meat, and containing pine nuts, pepper, aromas of wine, and garum (a fish sauce made with fermented viscera).

In the Middle Ages, there is talk during the time of Mongol emperor Genghis Khan of a ‘hamburger’ type dish being eaten in Ukraine, and Russia, apparently the Kan army would keep meat steaks in their horses’ saddles, and then consume it as they rode, making it a nutritious and easily transported form of food.

The Tartars used to keep strips and pieces of seasoned meat under their saddles so that they would soften with their own heat, which could be where the term ‘steak tartar’ comes from.

These types of ‘pre-burgers’ no doubt led to the actual burgers as we know them today when the sailors from Hamburg headed across the Atlantic Ocean to America, where minced meat became the standard ingredient, as with Louis Lassen back in 1895, in Connecticut.