Dream Role For Stylish Holly Willoughby In Her Favourite Show 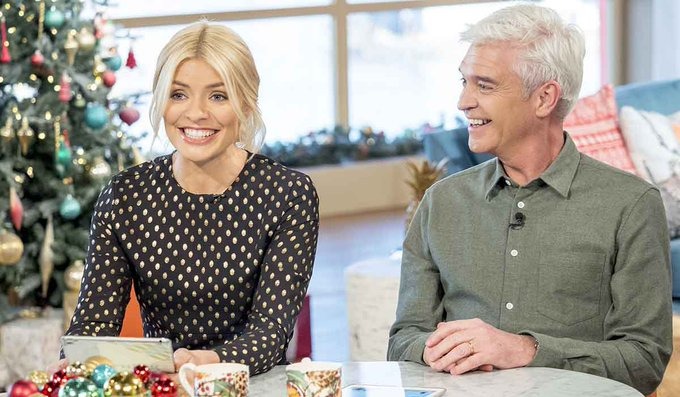 TV personality Holly Willoughby has shot her cameo role in Midsomers Murders after being a huge fan of the ITV series for years.

The This Morning co-host told fans on Instagram “Excitement levels off the chart!” at the good news sharing a picture of her on set holding a clapperboard.

The much-loved presenter was teased with a part earlier this year while interviewing the show’s lead actors Neil Dudgeon, 60, and Nick Hendrix, 36.

They pair asked her if she wanted a role as they knew Holly is a massive fan of the long-running ITV series.

“We’ve all had a big talk about who we want to appear on Midsomer, and we decided we want Holly Willoughby to appear in an episode of ‘Midsomer Murders’ very soon. ‘I’ve been speaking to people upstairs and they’ve been speaking to your people. Holly please, I am emboldened here to offer you a role in Midsomer Murders,” Neil told Holly who could barely contain her excitement.

“I’ve seen every episode since it started way back when. Are you serious? I mean, you’re going to have to kill me off really quickly as I’m terrible at acting,” she joked.

In her Instagram post, Holly wore a stunning pink and red floral Cefinn maxi dress called “Poppy” and a glamorous pair of nude high heels. The Cefinn brand was founded by ex-Prime Minister David Cameron’s wife Samantha Cameron in 2017 and has been worn by a host of A-listers and royalty including Gillian Anderson and Sarah Ferguson.

Midsomer Murders began in 1997, Neil and Nick joined the show in 2011 after the departure of John Nettles as DCI Tom Barnaby.