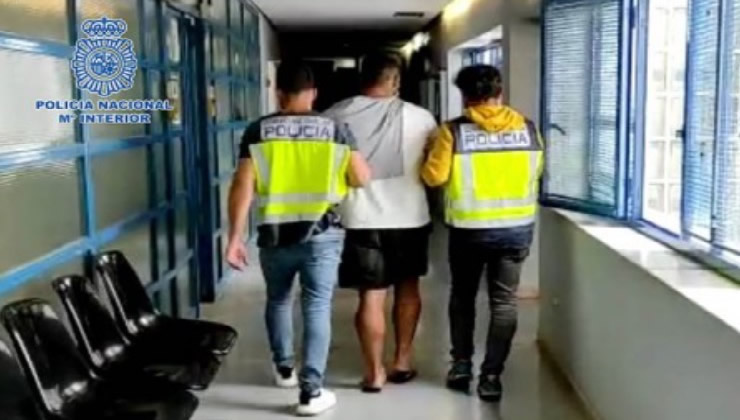 National Police officers in Marbella have confirmed the arrest of a 25-year-old Austrian man, charged with attempted murder, suspected of being responsible for a shooting incident in the city last August, when a young man from Ecuador was shot in the legs three times on a beach in the municipality of San Pedro de Alcántara, in Marbella.
As well as arresting the Austrian, officers also detained his 26-year-old Spanish girlfriend, and two friends, for their alleged involvement with covering up the man’s crime.
According to a statement from the National Police, the incident occurred at La Gitana beach, in San Pedro de Alcántara, on August 29, 2020, at around 9.30pm in the evening, where the victim was shot three times in the legs by a male armed with a firearm, and had to be admitted urgently to the hospital as a result of his injuries.
National Police investigators, along with forensic officers, attended the scene of the crime, and five shell casings were recovered, with the theory offered by the investigators being that the shooter, accompanied by friends, came to the beach to speak with the victim about a probable debt, and during the subsequent disagreement, opened fire on the victim.
Months of arduous investigations by the UDEV officers in Marbella, in what was called ‘Operation Guayaba’, finally led them to locate the detainee in a luxury suite of an Estepona hotel on May 25, where he was promptly arrested for attempted murder, illegal possession of weapons, and usurpation of civil status, while also found to be in possession of false documentation, as reported by marbella24horas.es.
Investigations also uncovered the involvement of third parties, including a 52-year-old man who would rent vehicles in his own name for the detainee to use, along with a 54-year-old rental car company employee, who was falsifying the car documents, with both men also arrested.
The main detainee has been made available to Marbella’s Court No2, which has ordered his imprisonment.