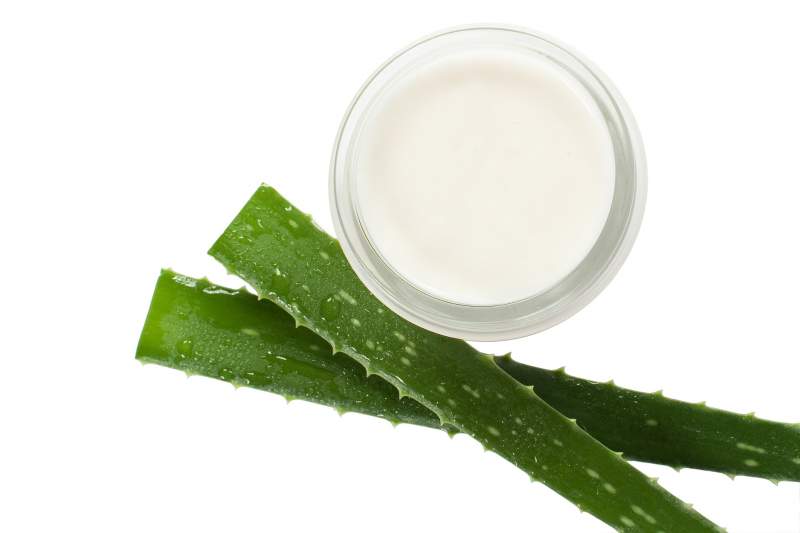 Aloe is used in many products

ALOE VERA is one of the most famous plants used in the world of cosmetics, because it is a great ally for the skin and for health in general.

It is a plant full of enzymes, amino acids and antioxidants that throughout history has been used for thousands of treatments.

The properties of aloe vera have been known for centuries, in fact, it is believed that it was included in the beauty rituals of Egyptian queens as Cleopatra or Nefertiti.

In Ancient Egypt, it was called ‘the plant of immortality’ and other later cultures have continued to use it and given it their own names.

For the Sumerians it was a ‘magical virtue’, for the Templars ‘the elixir of Jerusalem’ and for the Arabs ‘the eternal fountain of youth’.

Even Christopher Columbus carried pots with aloe vera of his ships to heal the wounds of the crew.

In 1970 a pharmacist named Bill Coats managed to stabilize the gel extracted from the leaf, added vitamin C, vitamin E and sorbitol, and began to market and popularize it.

Spain has been producing aloe vera for years, first in the Canary Islands but little by little it has spread elsewhere, such as Andalucia and Levante.

Although there are 250 varieties of aloe vera, only two have medicinal properties: Aloe barbadensis miller and Aloe arborescensis.

The main properties of aloe that make it popular in skincare products are: skin hydration, thanks to its 99 per cent water content; elasticity, helping to lessen wrinkles and expression lines;  healing damaged tissue without leaving scars; antioxidant and can also be used to calm sunburn; anti-inflammatory, helps with skin ailments and insect bites and stings; antibacterial and antiseptic properties, make it good for acne; and finally, it is used as a corrector to do away with skin blemishes and stretch marks.