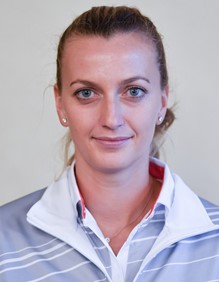 Two-times Wimbledon champion Petra Kvitova is out of the French Open after injuring her ankle in a freak accident at a post-match press conference on Sunday.

The Czech sports star, who reached the semi-finals at Roland Garros in 2020 and 2012, beat Belgian qualifier Greet Minnen in her opening match of the tournament this year but hurt her ankle in a fall while talking with journalists shortly afterwards.

“It is with great disappointment that I announce my withdrawal from Roland Garros. During my post-match press requirements on Sunday I fell and hurt my ankle. Unfortunately after an MRI and much discussion with my team, I have made the tough decision that it would be unwise to play on it. It’s incredibly bad luck, but I will stay strong and do my best to recover in time for the grass court season,” she said on Twitter on June 1.

Kvitova was due to play unseeded Elena Vesnina from Russia in the second round.

Women’s number 1, Ashleigh Barty, has also said she is struggling with a hip problem after battling into the second round of the French Open.

Barty is back at the French Open for the first time since she won the tournament in 2019.

“It’s going to be a little bit tough this week. I think over the weekend we had a bit of a flare-up through my left hip, which obviously just needed a bit of help today, needed some assistance to try and release it off as best I could. I’m not going to hide behind the fact I’m not quite 100 percent but I can guarantee that I will go out there with the right attitude every day and be really accepting of that and give it a crack no matter what,” Barty said.

“We’re confident that we can get my body to a point where I’m able to compete. We’re here, we’re fighting, we’re in with a chance, and that’s all we can do,” she added.