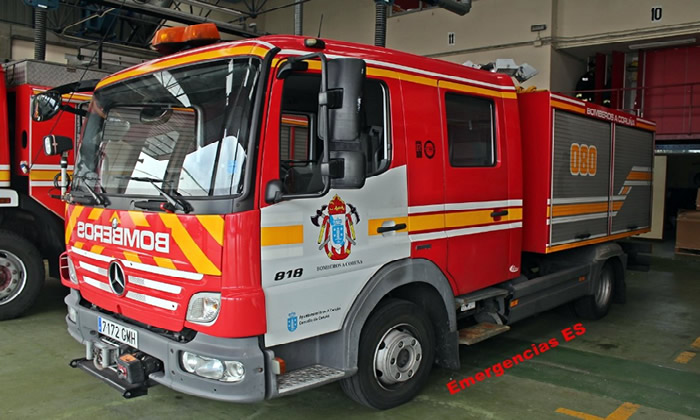 A woman was found dead today, Friday 4, at her home in Sigüeiro, Oroso, in the Galician municipality of A Coruña, and the Guardia Civil is treating her death as a suspected homicide.

The woman was reportedly being evicted from the property today at 12 midday, but at 11am this morning the 112 emergency services in Galicia received a call reporting a fire at the property, with the caller stressing that two people were trapped inside the home, and in need of urgent assistance.

112 deployed the Arzúa Fire Brigade, along with an emergency ambulance, and patrols from the Local Police, plus the Guardia Civil, and on arrival at the location the Local Police reported to 112 that the house was full of smoke and that one male was being treated by the health professionals at the scene, and apparently, the emergency helicopter based in Santiago was then also mobilised to the scene.

A report from the firefighters said they faced such extreme heat inside the fire that two of them had to be treated at a local health centre, and it was only after extinguishing the fire that the woman’s body was discovered, according to 20minutos.es.

The Guardia Civil reported that the man – who was later found to be the deceased woman’s son – was transferred to hospital, where he remains in a serious condition, and officers are guarding his room, with the incident being treated as a suspected homicide, the hypothesis being that due to being evicted, the son set fire to the property.