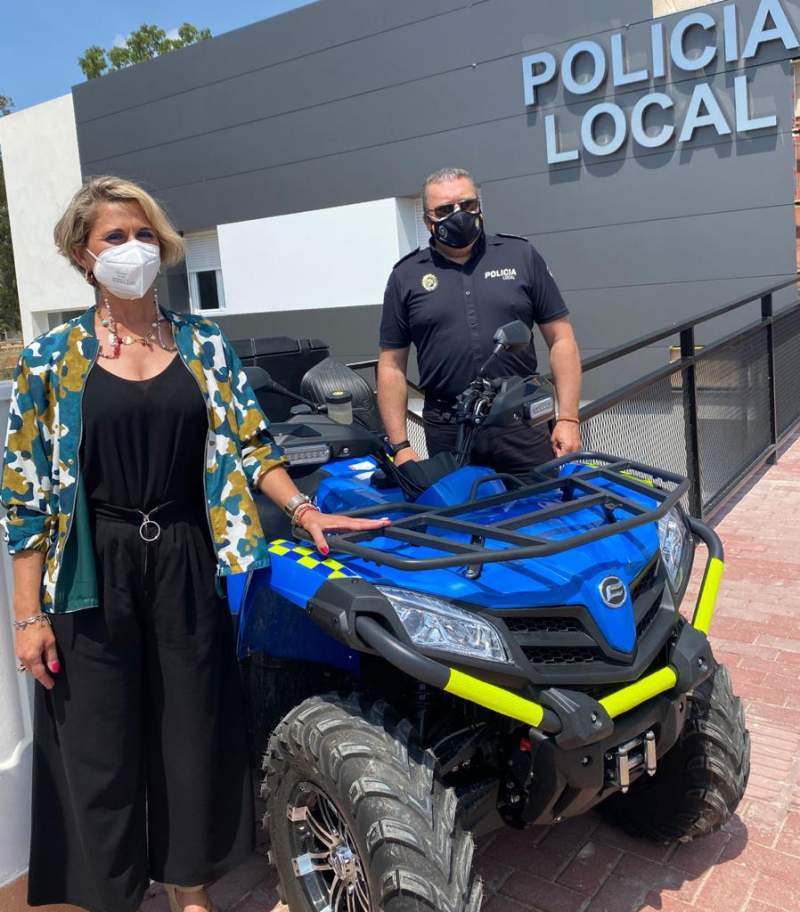 Quad squad CUEVAS is increasing security on its beaches and coast with two quad bikes that the Policia Local will use for patrolling this summer. The quads, both hired, will complement the existing equipment and security measures that will be in use throughout the summer season that starts on June 15.

Bad loser AN Almeria man must pay €2,0370 to his ex after he sabotaged a greenhouse where she grew peppers commercially.  After insulting her in several WhatsApp messages he deliberately removed the stakes that supported the plants in what a Criminal Court judge said was “an act of revenge.”

Brussels cash THE Calar Alto astronomy observatory and the Solar Platform in Tabernas, which is the largest solar technology centre in Europe, are in line for grants via the central government’s Recovery, Transformation and Resilience plan that is financed by the EU.  Allocations will range from €100,000 to €10 million.

Not here THE Junta confirmed its earlier rejection of an application for a 68-hectare fruit plantation in Aguamarga inside the Cabo de Gata-Nijar national park.  This type of agriculture, which would also require regular use of irrigation water, was incompatible with authorised activities inside the protected area, the Junta ruled.

More water THE Diputacion provincial council is guaranteeing the water supply for Las Tres Villas by renewing and financing a new artesian well for the Ocaña and Doña Maria districts. Local mayor, Virtudes Perez, assured the Diputacion president Javier Aureliano Garcia that this would bring new opportunities to the municipality.

Fine to-do ANGELICA and Marius Pintilescu, Roquetas residents for 20 years, were fined for breaching anti-Covid restrictions and being out late in May 2020.  Walking home after 10pm, they explained to police that Angelica had felt faint and sat down to rest but 12 months on must now pay €1,202.

Dropouts ONE in every 10 residents of Almeria province has higher education studies but although three-quarters of girls go on to finish ESO – Spain’s compulsory education course that ends at 16 – only 62 per cent of males do so.

Native plants THE AlVelAl association is carrying out another phase of its reforestation project in the Sierra Maria-Los Velez national park which it began in late 2020, planting 26,000 native trees and shrubs that include junipers, holm oaks, hawthorns and dog roses.

Marble music TICKETS sold out within 24 hours to see David Bisbal, the nationally famous singer-songwriter who was born in Almeria and is performing at the Marble Fest due to be held in the Macael quarry on June 17 and 18.

The Euro Weekly News is running a campaign to help reunite residents in Spain with family and friends by capping the cost of PCR tests for travel. Please help us to urge the UK government to cap the cost.