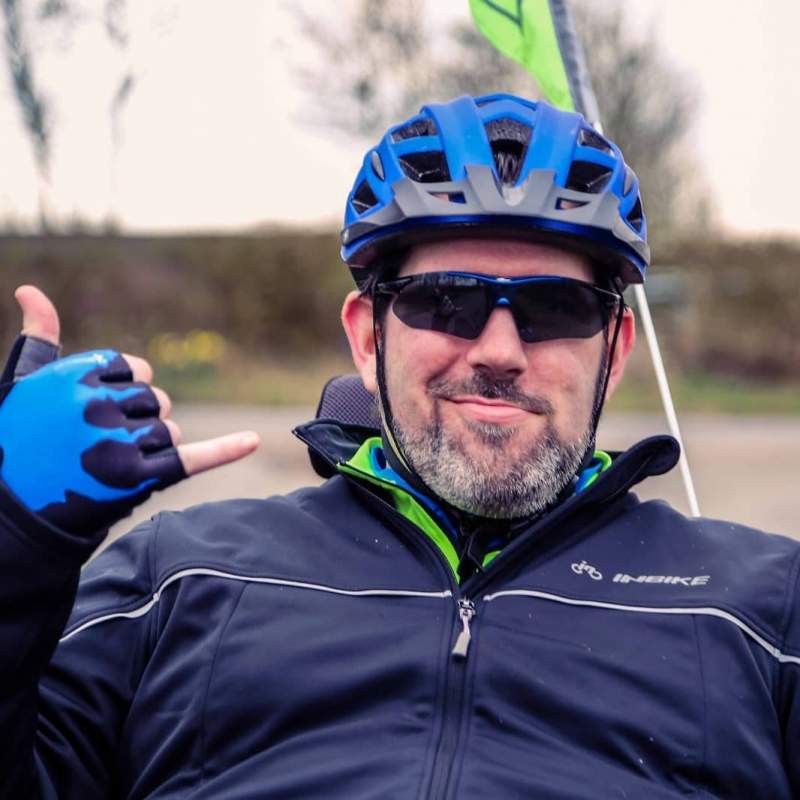 British Army veteran with spine injuries and PTSD will cycle 385 miles to highlight men’s mental health, five years after he attempted to take his own life.

Five years ago, Nick Wilson found himself staring at several empty bottles of painkillers and morphine, as he attempted to end his life.

But on June 12, Nick, 44, begins what for him will be a gruelling 385-mile bike journey between Margate and Land’s End despite suffering seven prolapse discs in his spine, Fibromyalgia and chronic daily pain.

It is a part of a wider #385challenge fundraiser he has organised to help other organisations raise funds for their services, following a challenging year for the voluntary, charity and social enterprise sector.

On average 385 men in UK take their own lives every month, that’s why Nick has decided to cycle that distance.

“My spine disorder is degenerative. Every day of my life I am in chronic pain but I try to focus on ability rather than disability and I want to show others with physical and/or mental health challenges, you can thrive in life, opposed to merely survive,” he said.

Nick served in Afghanistan, Iraq, Kosovo and Northern Ireland and has been diagnosed with Post Traumatic Stress Disorder having witnessed horrific war scenes over an army career of 14 years.

He said the bike ride is “a serious challenge fraught with danger and unknowns”.

“But that’s the whole point. I’m still finding my way back to better mental health. I want to make it clear that it is possible and that physical health and mental health are in many ways part of the same equation,” he added.