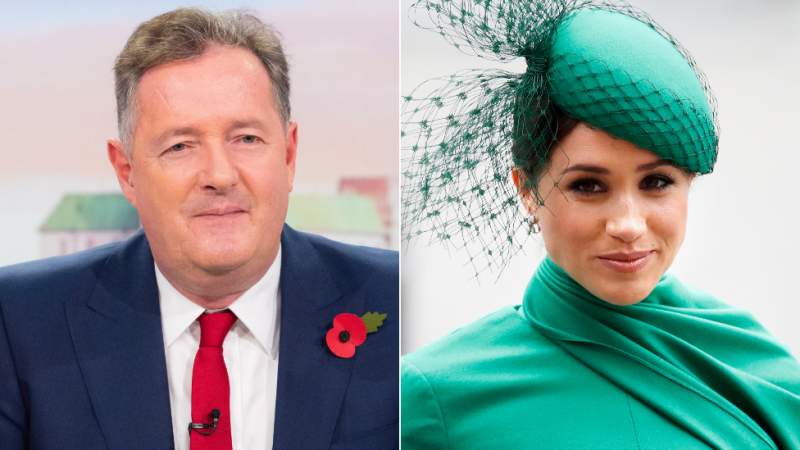 Piers Morgan made a nasty comment about the news that Prince Henry and Megan Markle had a baby girl on his Twitter account. His Twitter followers were quick to pick up on the obvious shade.

Most agreed with Morgan’s sentiment that the couple has used the media to their own ends before complaining about the intrusion.

“Absolutely spot on !!” wrote one fan.

“Brilliant Piers, had a feeling you would take this stance,” said another.

Some criticised the take, ribbing Morgan about his ongoing obsession with the duchess.

“My condolences to you. I know this is tearing you up inside. She now has two kids with him. It really is over between you two,” one jabbed.

The news that the pair welcomed their daughter on Friday broke on Sunday night, June 6. She is called Lilibet Diana in honor of Queen Elizabeth and Harry’s late mother, Princess Diana- Lilibet weighed in at 7 pounds and 11 ounces, and both mother and child are fine.

It didn’t take long for people to ask Piers, one of the Duchess’ most outspoken critics, for his thoughts. He told Twitter, “For those seeking my reaction to the new royal baby, I respected her parents’ constant plea for privacy and declined to comment.

The Queen and senior royals together with the Prime Minister led worldwide tributes, with the PM Boris Johnson tweeting: ‘Many congratulations to the Duke and Duchess of Sussex on the birth of their daughter.’

Meghan’s estranged father Thomas Markle, who has met neither Harry nor grandson Archie, said last night: ‘I am very pleased with the announcement of the safe and healthy delivery of my new granddaughter, and I wish her and her mother all my love and best wishes!’