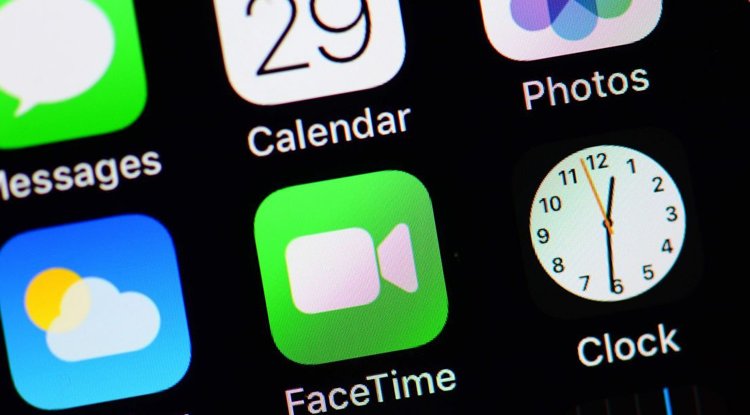 Facetime By Apple Poised To Over From Zoom As Most Popular Video Conferencing App. image: Pixabay

Facetime By Apple Poised To Over From Zoom As Most Popular Video Conferencing App.

Apple Inc has announced major FaceTime upgrades that will make it more like Zoom with industry insiders saying it will soon be the de-facto app to go to for video conferencing.

FaceTime will soon be able to work on Android and Windows, among other cool new features to be announced this week.

Apple’s FaceTime will soon look a lot more like Zoom and Microsoft Teams. The iPhone maker on Monday, June 8, said it’s adding features to its videoconferencing software that will let people schedule calls and even access them via a browser on Google Android and Microsoft Windows devices. The new features were announced at Apple’s WWDC 2021 keynote speech.

“You can generate a link for a FaceTime call and share it anywhere,” Craig Federighi, Apple’s head of software, said during the company’s Worldwide Developers Conference keynote address. “It’s a terrific way to plan ahead for a call.” (Here’s how to join FaceTime calls on Android and Windows devices.)

Apple also built new features to improve audio in FaceTime. The addition of spatial audio in FaceTime is supposed to make it sound like the people you’re talking to are in the same room, and voice isolation on the microphone will dampen ambient noise and prioritize the speakers’ voices.

The aim was to make FaceTime “more natural, comfortable and lifelike,” Federighi said.

Portrait Mode in FaceTime will blur the background and keep the people in focus. And SharePlay lets you watch TV shows, TikTok videos, and other media with friends over FaceTime. Initial partners include Disney Plus, ESPN Plus, Hulu, HBO Max, MasterClass, NBA, Paramount Plus, Pluto TV, TikTok, and Twitch. A new API will let developers make their apps compatible with SharePlay.

Adding new features to FaceTime makes Apple’s software better able to compete with Zoom, Teams, Google Hangouts and the various other video calling services out there. As the pandemic has forced millions of people around the globe to work from home for over a year, and kept families and friends apart, videoconferencing has become a vital tool to help people stay connected and get work done.

Opening FaceTime to Android and Windows users — albeit via the web, not dedicated apps — reflects a realization by Apple that to reach more users it needs to expand beyond iPhone, iPad, and Mac owners.