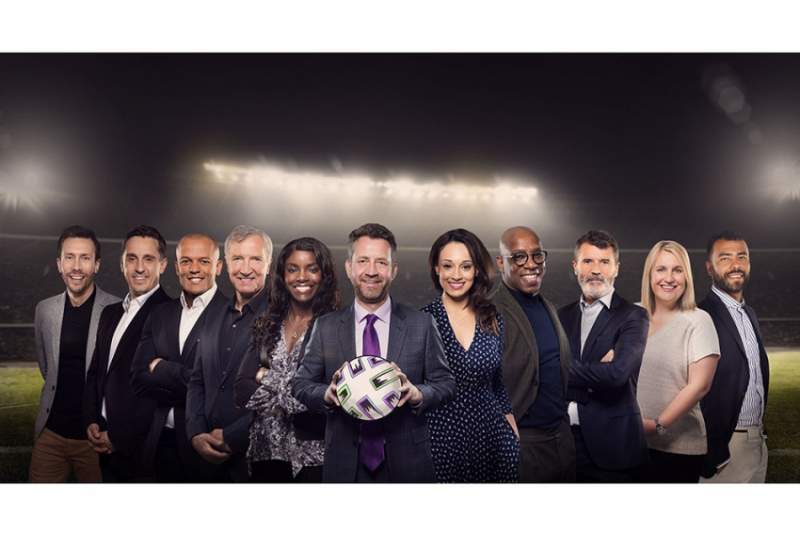 ITV begins its build-up to Euro 2020 with the announcement of its stellar line-up to guide viewers through the tournament and comprehensive coverage plans to bring fans the very best of the action on TV, on demand and online.

Live games and highlights broadcast on ITV and ITV4 and simulcast on ITV Hub will be complemented by a range of content across ITV Football and ITV Sport online and social media platforms to ensure wherever and whenever they are, viewers and fans can immerse themselves in everything that’s happening throughout the tournament.

ITV will once again employ a referee analyst with former elite referee Peter Walton on hand to explain and clarify key decisions.

Reporting during the tournament, which is uniquely hosted in 11 cities across the continent, will be Gabriel Clarke, Michelle Owen and Raman Bhardwaj.

The British broadcaster will exclusively show 27 live games in a packed schedule beginning with a group stage that includes the two evening England group stage games – the hotly anticipated clash with Scotland at Wembley in a re-match of the memorable Euro 1996 match, as well as the final group match against the Czech Republic.

Live coverage continues throughout the knock-out stages and ITV also has first pick for the Semi-final stage and will show the Final. ITV will show highlights of all other games on each match day throughout the tournament, which will also be available on ITV Hub. Coverage will be available continuously with a range of fresh content, analysis and features available online and on social media.

The Euros Daily Show will drop every day on ITV Hub, new show Three Lions Raw will offer no filter access highlights of England games on ITV Hub and Youtube, where plenty of Home Nations content can also be found, with extra interviews and features following the fortunes of Scotland, Wales and England.

Match clips from all ITV games will be posted on Twitter, as well as news, highlights and previews on the ITV Football website each day, plus, plus we have new Cartoon Commentary by animator Nick Murray Wallis, which featured in ITV’s Euro 96 Relived coverage during the first 2020 lockdown.

A new series will take a unique look at classic moments from the archive – reimagining unforgettable events such as Paul Gascoigne’s miss against Germany to show what might have been. The ITV Football Football Show podcast will see special guests chat to hosts Mark Pougatch and Andros Townsend in 12 new Euro 2020 episodes.

ITV will build the buzz for the tournament from this week, with specially produced new on-air Euro 2020 trail, featuring ITV pundit Ian Wright signalling the Good Times Start Here as we count down the days to kick-off.

The broadcaster will also build up to the Euros with exclusive live coverage of England’s final two pre-tournament matches at home to Austria on 2 June and Romania on 6 June.  A range of specially curated football documentaries will also be scheduled on ITV and ITV 4 and made available on ITV Hub during the build-up and throughout the tournament.

Niall Sloane, ITV Director of Sport, said, “Euro 2020 is a tournament unlike any other and ITV has brought together a uniquely talented team from across football that will offer viewers and fans compelling insight and entertainment we hope will enrich their enjoyment of what promises to be a very special few weeks.  Our live coverage, highlights shows, podcasts, online and social media content, will capture all the action and all the talking points, so fans and viewers can immerse themselves in everything the tournament has to offer throughout Euro 2020 on ITV.”