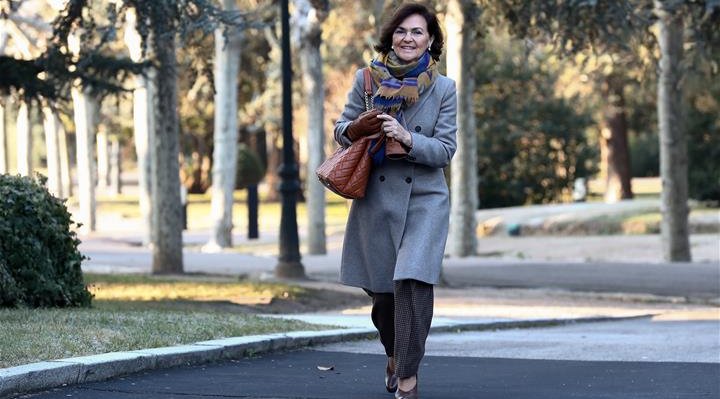 Deputy Prime Minister Carmen Calvo has challenged the PP to collect signatures against pardons for Catalan separatists in the region of Catalonia itself.

The Partido Popular (PP) are currently collecting signatures against proposed pardons for 12 Catalan officials who were found guilty of serious crimes after the failed independence referendum in 2017.

“They want amnesty, are they also going to give in to that? Why do they accept as an interlocutor someone convicted of sedition?” Gamarra said adding that PSOE supporters were abandoning the party in droves.

“Do not take us for fools and do not fool us. Do you admit that there are political prisoners? Spain does not want a government that is allied with criminals,” she said.

Calvo retorted, “Worry about the members of your party who will not go on Sunday to accompany Mr. Casado for the second part of the photo of Colon,” she said in reference to anticipated no-shows for PP representatives including the President of Andalucia, Juanma Moreno, Alberto Nunez Feijoo, and Alfonso Fernández Manueco.

The protest against the pardons in Madrid on Sunday will be controversial because the leader of the PP, Pablo Casado, will likely be photographed with the leader of Vox, Santiago Abascal.

“Spain does not need Vox, in the extreme right, we already have you who are behind them. They are not an alternative, they have absolutely nothing at the top of the table, that’s why they go to the Plaza de Colon, to continue pitting Catalonia against Spain and Spain against Catalonia,” Calvo said.

Twelve Catalan separatist leaders convicted for various crimes in relation to the independence bid in 2017. Nine of them received jail terms of between nine and 13 years in October 2019.