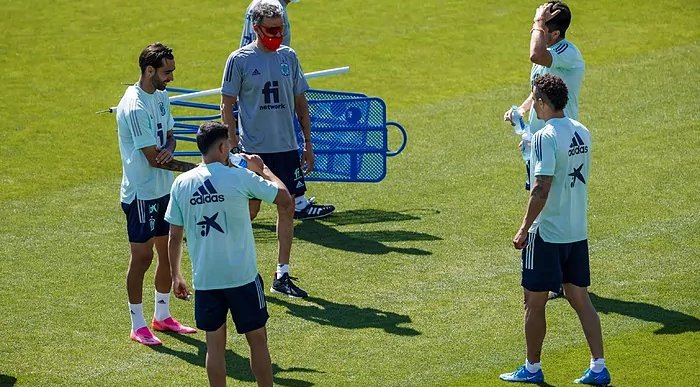 Spain's National Team To Be Vaccinated By The Army Before The European Championship. image: Twitter

Spain’s National Team To Be Vaccinated By The Army Before The European Championship.

The Spanish National Team, which is preparing to play in the Eurocup, will soon be vaccinated, but with one dose only. The Minister of Health, Carolina Darias, made the decision after the Public Health Commission declined yesterday to rule on this possibility, The ministry said that it will be carried out in the same way as the Olympic athletic team.

The team will be vaccinated with the Pfizer vaccine and the Army will be in charge of immunising the athletes and the technical members of the National Team, which consists of around 50 people. The health department stated that more details will be given after the Interterritorial Council meeting today.

However, unlike the athletes who will go to Tokyo, the National Team players will not achieve full immunisation against covid-19, as they will only receive one dose when the full schedule is two doses, the time necessary to generate enough antibodies will not have elapsed.

Just days prior to the start of the Eurocup it was known announced on Sunday, June 6, that Sergio Busquets, the captain of La Roja, gave a positive result in the last PCR test that was carried out in the morning in the national team camp.

The rest of the members of the main team came back negative but will still have to remain in quarantine.

The Federation’s medical services immediately adopted all the necessary measures in accordance with the protocols established by both the Ministry of Health and UEFA, so that the Barça midfielder was removed from the ground in an ambulance.

Both the workers and the close contacts of the player will have to remain isolated in the Ciudad del Fútbol of Las Rozas- the headquarters of the national team, and personalized training routines will be activated, maintaining the isolation, to continue with their preparation for the European Championship.