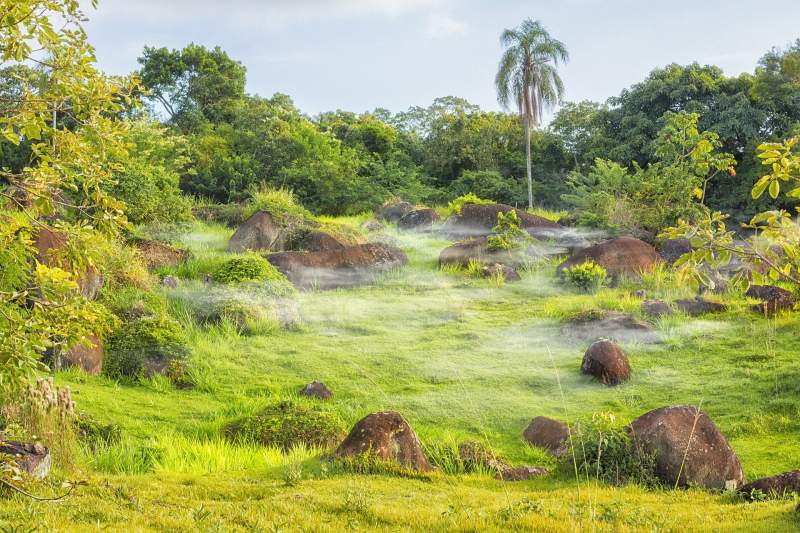 Get ready for an exclusive sneak preview of the next Jurassic Park epic at IMAX Mallorca when the cinema chain plays F9 after it is released on June 25.

The Special Extended Preview of ‘Jurassic World: Dominion’ provides a sense of the film’s thrilling spectacle intended for the biggest and most immersive screens
Partially set 65 million years ago, during the Cretaceous period, the action-packed Preview features dinosaurs that have never been seen in a ‘Jurassic’ film and reveals mind-blowing scenes and pulse-racing surprises
The Special Extended Preview of Jurassic World: Dominion is co-written and directed by returning filmmaker Colin Trevorrow, who also executive produced the film with franchise creator Steven Spielberg.
“Ever since I was a kid, I have wanted to see dinosaurs in their natural habitat,” said Trevorrow.
“It may have taken a few decades, but with a little help from ILM, Universal and Amblin, it has finally happened. This Preview is just a glimpse of the film we’ve made. It’s an epic celebration of everything Steven Spielberg and Michael Crichton created, and I can’t wait to share it with the world next summer,” he added.
The breath-taking, action-packed scenes, featuring Oscar winner Michael Giacchino’s iconic score, reveal what Earth looked like long before humans existed and tell the origin story of how dinosaur DNA first came to be carried by a mythic mosquito.
The Preview features seven new species of dinosaurs, created by the legendary Industrial Light & Magic, that have never been seen in any Jurassic film before. But the Preview doesn’t end there and holds some real trademark Jurassic surprises with dinosaurs later roaming an Earth that is decidedly less theirs alone.
Jurassic World: Dominion, produced by Frank Marshall and Patrick Crowley, stars Chris Pratt, Bryce Dallas Howard, Academy Award winner Laura Dern, Sam Neill and Jeff Goldblum and features an impressive international cast, including Mamoudou Athie, Scott Haze, Dichen Lachman, Daniella Pineda, Campbell Scott, Isabella Sermon, Justice Smith, Omar Sy, DeWanda Wise and BD Wong. Trevorrow wrote the screenplay with Emily Carmichael from a story by Derek Connolly and Trevorrow. Alexandra Derbyshire executive produced alongside Trevorrow and Spielberg.
Trevorrow directed 2015’s Jurassic World, which went on to gross 1.37 billion euros worldwide and is the sixth-highest-grossing film in cinema history.  The Jurassic franchise, which celebrated its 25th anniversary in 2018, has grossed more than 4 billion euros at the worldwide box office.
Jurassic World: Dominion opens will open in theatres on June 10, 2022.
“As part of our celebration welcoming moviegoers back into theatres this summer, we couldn’t think of a more perfect way to say, ‘thank you’ to the hundreds of millions of Jurassic and Fast fans around the world,” said Jim Orr, President of Domestic Theatrical Distribution for Universal Pictures.
“This first look at Jurassic World: Dominion that Colin and his team put together is like nothing you’ve ever seen before. Even better, there’s simply no more perfect place to experience both the Dominion Preview and F9 than on a massive IMAX screen. This really is the ultimate movie-fan experience,” he added.