Man Shot With Taser In A Coruña 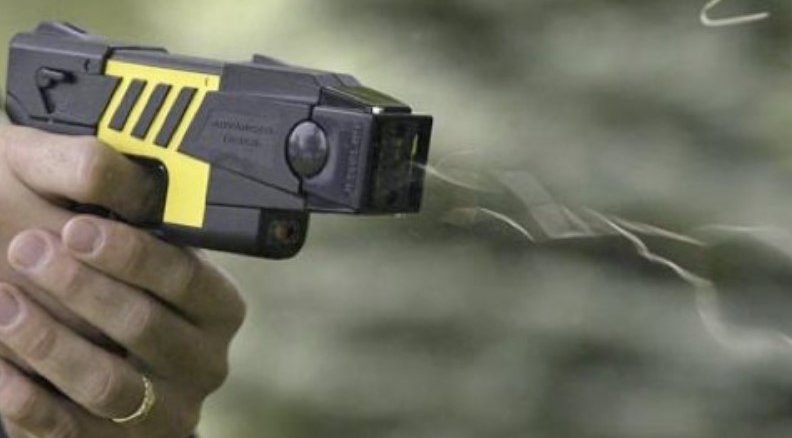 Man Shot With Taser In A Coruña. image: wikipedia

According to a report from the Local Police, a man was shot with an electric taser stun gun in Betanzos, in the province of A Coruña, after an argument with another man, reportedly after he claimed the other person did not collect his dog’s excrement off the street.

The incident occurred on Thursday afternoon in Rúa Nova, in the Coruña municipality, after a police patrol observed a man addressing another in a threatening manner, who then tried to hit him with a cane while a woman grabbed him to prevent him hitting the man.

When questioned by the officers, the man who had been attacked, bleeding from the mouth, explained that the person they saw threatening him had left the place and had previously shot him with an electric stun gun.

He went on to explain that he was walking along the sidewalk in the direction of his house, and, when he reached the front of his house, he saw a man and a woman, accompanied by a small dog, who were not picking up the excrement that the animal had just left deposited on the street.

He confronted the couple about the mess, at which point an argument ensued and at one point the man who was carrying the dog, from the centre of the road, took out an electric taser and fired it at him, hitting him with one of the two darts in the upper lip, at which point, he explained, he entered this house, took a cane and went back out to attack the other man.

The aggressor, who had since disappeared, but then returned, was required to deliver the electrical taser gun and its load to the officers, and was then informed of the formalisation of the complaint against him for possession of the same without a license, which in his defence he said he had used to defend himself from the other man’s attack, as reported by 20minutos.es.