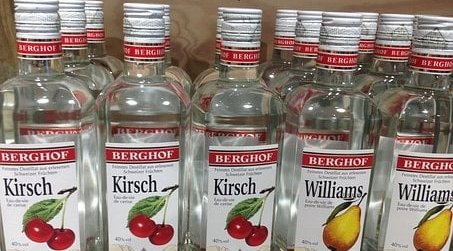 In what has been termed a Eurotunnel U-turn, duty free returns as French bureaucracy is defeated.

The government has announced that the sale of duty free products is set to return to the Coquelles terminal of the Eurotunnel. Authorisation has been given for zones to reopen at the Calais and Dunkirk ports.

The decision is sure to delight many people and Olivier Dussopt, the Minister of Public Accounts and the Secretary of State for European Affairs Clément Beaune commented in a statement that: “This decision taken within the framework of a constructive dialogue with the European authorities (…) will make it possible to align the rules applicable to the Eurotunnel with those provided for in airports and seaports for journeys to a third country to the European Union.”

There are a few technical hoops to jump through first though and the reopening of the duty free zones is set to be added as an amendment to the Finance Bill. Ministers have confirmed that this bill is being looked at by the National Assembly already.

It has also been commented that it: “will not extend to rail transport, which will remain excluded from the scope of duty-free, in accordance with European rules”.

The Mayor of Touquet-Paris-Plage, Daniel Fasquelle, has taken to Twitter to praise the government’s decision. He tweeted that: “Restoration of duty free for the Eurotunnel: the government has finally heard the legitimate demand of employees!

Xavier Bertrand, president of Hauts-de-France has also commented on the decision and said: “Thanks to the effort of trade unions, @GetlinkGroup and local elected officials, the government ended up fixing an inequality.

“To fight for duty-free in the tunnel is to fight for jobs and for the people in Calais.

“Our mobilisation paid off!”

“We are particularly pleased that this decision has been taken as France starts to open up again and summer tourism and travel between the UK and France kicks off.

“We do however call upon the French authorities to take a further step and allow duty free sales at the Eurostar terminals in France for UK-bound passengers.

“By doing that, they will ensure a true level playing field between all UK-France transport operators.

“The UK have already decided to allow duty free sales in all UK Eurostar terminals.”