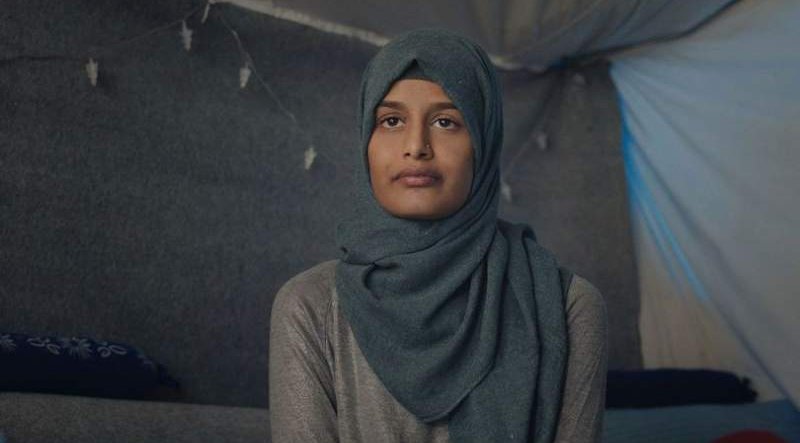 Speaking from her prison camp in northern Syria, the 21-year-old the former Isis bride has branded herself ‘a dumb kid’ when she left the UK in 2015 as a schoolgirl to join the terror organisation in Syria.

Shamima Begum has begged the UK to take her back home saying she made “one mistake” and was a “dumb kid” when she did so- she has attempted to come back to the country through legal means after her British citizenship was revoked.

Her story- The Return: Life After ISIS- will launch on Sky Documentaries and streaming service NOW on Tuesday, June 15, at 9:00 pm, 10:00 pm Spanish time.

In the interview, the former bride donned painted fingernails, a Nike cap and jeans. She also revealed that she was watching re-runs of Friends in her prison camp and following the news of Kim Kardashian and Kayne West’s breakup

The Bethnal Green schoolgirl has since claimed she was brainwashed by extremists when she left Britain and travelled to Syria in 2015, according to the Mirror, also, according to Mail Online, she told the interviewer, Mr Drury, that she now wears western clothes because it ‘makes her happy’, which she said was a ‘lifesaver’ in her camp.

Critics had accused Shamima Begum of faking her new western look to help her win her court battle to return to the UK.

Eilish O’Gara, a counter-terrorism analyst with the Henry Jackson Society foreign policy think tank, said: “I would say her change of clothes are a soft tactic advised by her legal team to try to win back the hearts and minds of the British public.”

When asked if she had a message for the UK Government, she added: “Can I come home please, pretty please?’