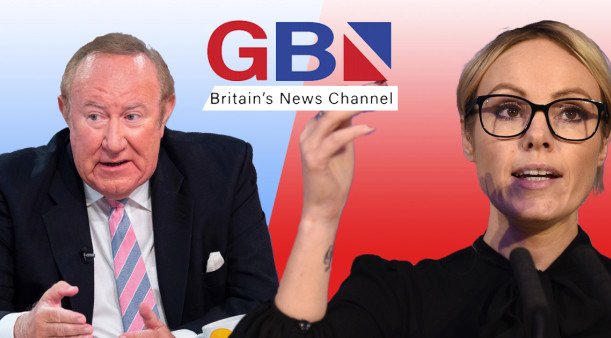 GB News left social media in stitches when it appeared that it had fallen victim to an epic fake name prank after its presenters read out X-rated monikers during one of its first broadcasts.

The new “anti-woke” British current affairs channel – which launched on Sunday, June 13, and led by Andrew Neil – appears to have been trolled by a team of crafty pranksters watching the show who were up to no good.

The channel has been suffering from some technical teething issues, but now it looks like they’ve become the butt of name-related jokes.

The news channel has been taking live call-ins from members of the public, but it seems like some mischievous viewers have been coming up with some rather suspicious names to play an old-school prank on the new kid on the block.

During its live news broadcast on Tuesday (June 15), the channel walked straight into the apparent trap when its presenters read out two hilariously rude-sounding names live on air – “Mike H**t” and “Mike Ox***g”.

Although the names may be genuine at first, it seems a bit too much of a coincidence that two separate Mikes with those names (try reading them out) would be featured within a couple of hours of each other on the same channel.

Apparently, during both of the channel’s segments, the GB News teams seemed unaware of the potential prankster names as they pressed on with their broadcast, but unfortunately for GB News, the internet never misses a beat.

The two video clips soon went viral on Twitter, as social media users were having a field day with the names and took to ribbing the station.

GB News was launched on Sunday with backing from pro-Brexit tycoons and a mission to produce “anti-woke” US-style news content. It is already facing an advertiser backlash after big consumer brands including Ikea, Nivea and Grolsch said they would pull their adverts from the network.

Fronted by a clutch of familiar names including the former BBC and Sky presenters Andrew Neil and Kirsty Gallacher, GB News is pitching itself as an alternative to the mainstream media, sky and the BBC, with a focus on generating opinion and controversy, rather than original reporting.