Sanchez Should Have Asked The Regions About Masks, Says Moreno 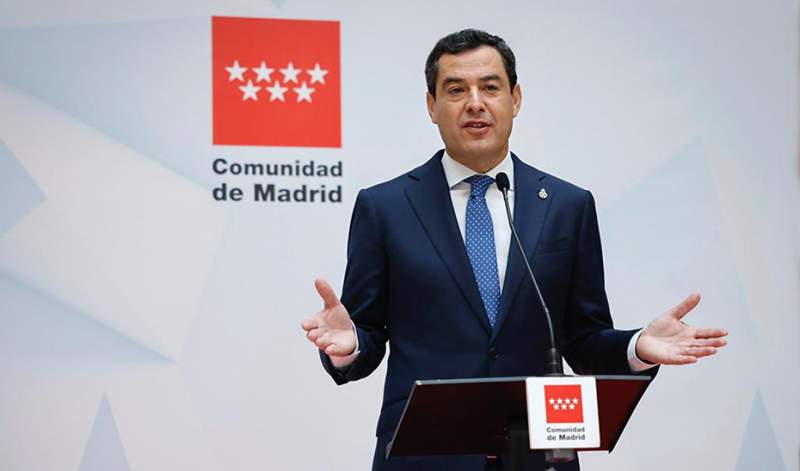 President Pedro Sanchez should have consulted with Spain’s regional governments before announcing that masks can be removed on June 26, said the President of the Junta de Andalucia Juanma Moreno.

SPEAKING at the inauguration of Isabel Diaz Ayuso as the president of Madrid, Moreno said nobody in Andalucia would be forced to remove their masks.

“The government in a decentralised country cannot function by impulse and imposition,” he said.

“We are all looking forward to taking off our masks, but of course in Andalucia we are not going to force anyone to stop using them. We will be loyal to any decision that is adopted, but any citizen who wants to take it as an element of self-protection will be able to do so,” he added.

The use of masks in closed areas and on public transport will remain mandatory.

Moreno also highlighted the close links between Andalucia and Madrid which “is the economic and social locomotive of Spain.”

“For me it is a pride to be able to represent eight and a half million Andalusians in an act as special and singular as this one,” he said as the Partido Popular held on to power in Madrid on June 19.

Moreno also used the event to criticise Spain’s current financing model, “We have a lousy financing model that is penalising the growth of the autonomous communities and the sustainability of our welfare system.”

Last week Moreno said the central government has been owing money to Andalucia since 2009 at a rate of €4 million every day. The debt now stands at €10.8 billion, he said.

“That’s €9.65 billion that Andalucia stopped receiving between 2009 and 2021 due to the bad financing system and almost €1.2 billion of Covid funds,” Moreno insisted.