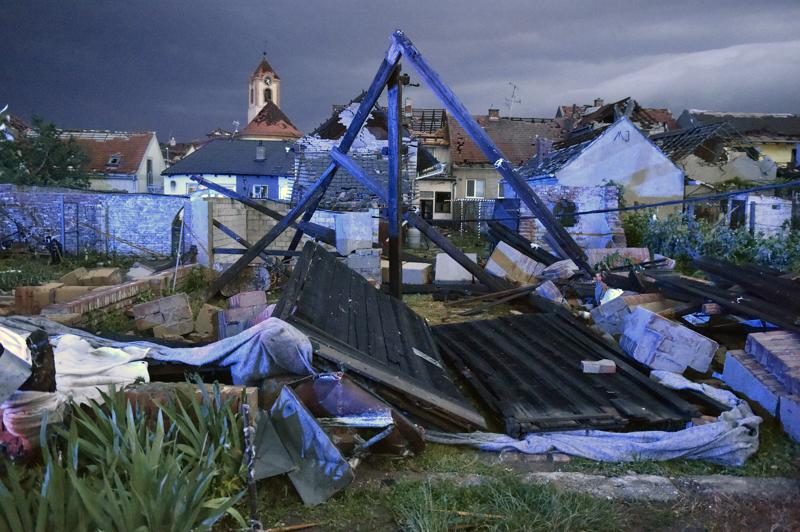 A RARE tornado tore through the southeastern area of the Czech Republic, killing at least three people and injuring hundreds, reported rescue services on Friday, June 25.

The tornado formed late Thursday, the night before, as strong thunderstorms battered the entire country. Seven towns and villages have been left badly damaged, with entire buildings turned into ruins and cars overturned. Over 120,000 households were left without electricity.

An extra 360 police officers were drafted into the area, together with the military. Rescue teams from many parts of the country who came to help were joined by their counterparts from nearby Austria and Slovakia.

High-tech drones and helicopters were used by the emergency services to search the rubble for signs of human life.

The regional rescue service said at least three people have died. “It’s a huge tragedy,” Prime Minister Andrej Babis said. Babis was in Brussels to attend an EU summit and was planning to visit the damage-hit region today.

The deputy mayor of Hrusky, Marek Babisz, told Czech public radio half of his town was almost completely destroyed. Czech President Miloš Zeman has thanked the emergency services for the response to the incident, according to local media.

“The church is without the tower, the elementary school has no roof and insulation anymore, only walls remained from what were houses. There’re injured, it’s really terrible.”

Violent tornadoes are a rare occurrence in the Czech Republic with the last recorded in 2018.

Meteorologists have reportedly declared this latest twister to be level three or four on the Fujita scale with damage rated at from “significant” to “severe.”