Find out what the semicolon tattoo stands for and why 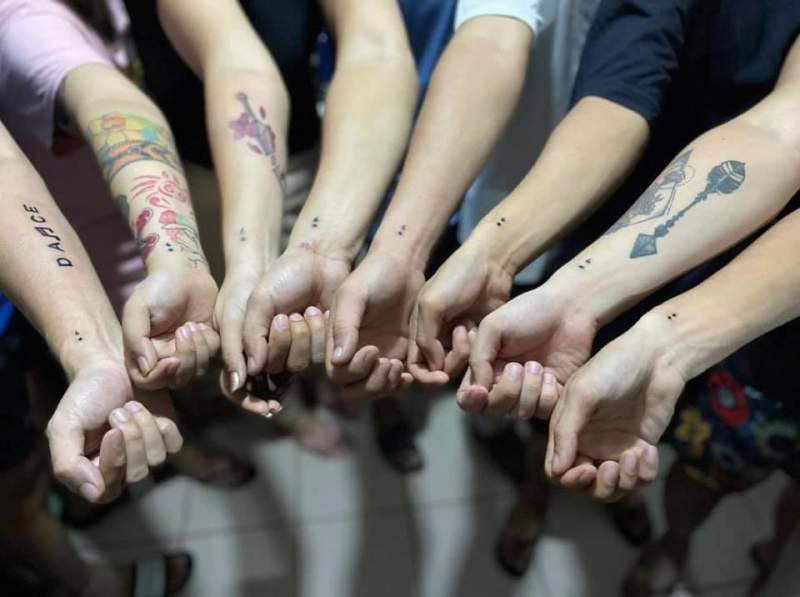 The semicolon design has become popular, and is normally seen on the wrist, but it is not just a trend, it aims to raise mental health awareness.

Anyone with a school level grasp of the English language will know that a semicolon is used in grammar to combine two full sentences which are related. We could say that it is used to complete a thought even though the sentence is finished.

The same idea applies to the tattoo, which Project Semicolon says “represents a sentence the author could have ended but chose not to.” In this case, you are the author and the sentence is your life.

What is Project Semicolon?

Project Semicolon, a non-profit organisation which aims to raise awareness about mental illness, self-harming, suicide and addictions, was created by Amy Bleuel in 2013 to encourage people who suffer from depression and are affected by any of these issues to share their story so that others know that they are not alone. She did this to honour her father’s memory, as he committed suicide in 2003 and she too suffered from depression, and sadly ended her own life in 2017.

It started on social media and many people, whether they had been through such experiences themselves or were showing solidarity for someone who had, got semicolons tattooed on their wrist. Many uploaded photos of their tattoos for others to see.

Why is it important?

The hope is that if people have someone to talk to, the issue of suicide can be addressed and rates will fall. The semicolon is there to remind people that whatever is happening in your life, there is still more to come. It is more than just a tattoo for those who have seen the darkest side of life and been able to come through it. It is a badge to be worn with pride, which can be seen by others and may just help them to find someone to talk to and share their own story.

Should you get one?

While tattoos can be just for fun, more often than not, it has some meaning to the person who has it, and in many cases people get tattoos to honour someone or something that means a lot to them and that will remind them of it every time they look at it, as well as telling their story to others. If you are considering getting a semicolon tattoo, it is probably because you want to raise awareness about mental illness, self-harm and suicide and because it has affected you or someone close to you.

Where to get it

While most people get the semicolon tattoo on their wrist, it can go anywhere on your body and there are many ways in which it can be embellished and personalised. If you do get it on your wrist, it is irrelevant which one you choose, most people just get it on their dominant side.

Symbolic tattoos, such as religious symbols, quotes and tattoos to honour someone are still highly popular in 2021.

Getting a tattoo is a very important decision, regardless of the design, and you should always seek the advice of a professional tattoo artist before making a decision. Make sure that you find a reputable tattoo studio, and if you do decide to get a tattoo, read these tips on aftercare.

If you are thinking of getting a tattoo on the Costa del Sol, then check out Jaganath Tattoos and Piercing, Calle Ramon y Cajal 42, Fuengirola