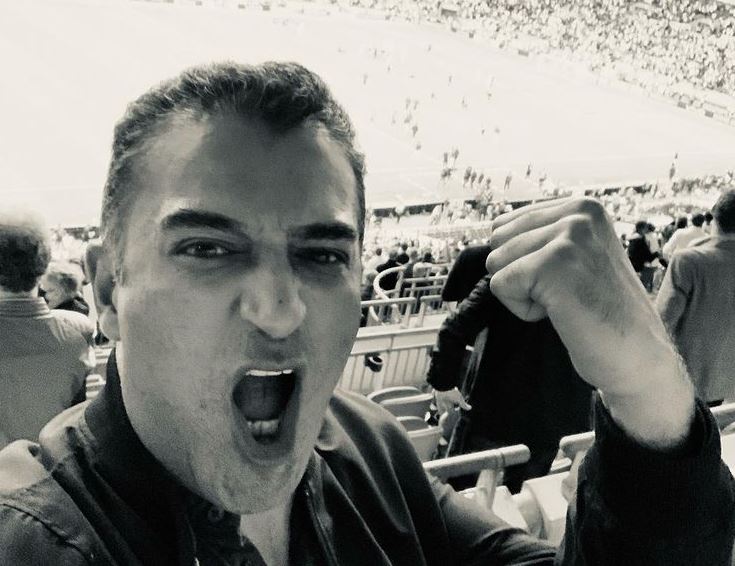 Good Morning Britain’s Adil Ray was furious after he spotted ‘despicable’ behaviour from England fans at the England vs Germany Euro 2020 match.

Tuesday night saw England beat Germany at London’s Wembley Stadium 2-0, with both Harry Kane and Raheem Sterling scoring goals. England will now head to Italy and face the Ukraine. Sadly though due to coronavirus rules many fans will not be up be able to see the quarter-final match in person, as there is not sufficient time to self-isolate before the match.

Adil was shocked at the behaviour of England fans before the match with Germany, and on Good Morning Britain said: “My concern is this. It is this: it was absolutely fantastic but there were a few moments before the game.

“The booing of the knee, which we almost expect now, which is just ridiculous.

“And the booing of the German national anthem – and it was not just by a few. They did not pick it up on the TV because the sound was turned down, the music was reduced during the booing, but I just thought that was despicable.

“And I do not remember that happening in the past.”

Adil, had returned to host the show after having a few days off when Martin Lewis stepped in to cover for him. One GMB guest said: “Surely we have reached an age now where there is a generation of Germans who do not deserve to be treated this way?

“What happened in Germany 80 years ago is not their fault.”

In other GMB news, Martin Lewis was left in a ‘cold fury’ after a retired teacher was scammed out of £125,000.

Theresa is a retired teacher and made an appearance on Good Morning Britain, and revealed how she had been scammed by an illegal advert which used Bear Grylls’ face. The scam involved Bitcoin, and left her facing thousands of pounds’ worth of debt and has badly hit relationships with family and friends.