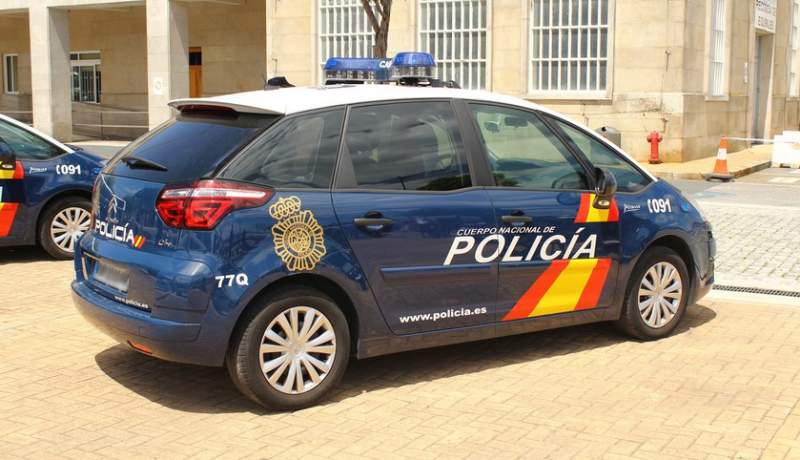 The carer of a 79-year-old dementia sufferer has been arrested in Estepona after convincing the man to sell his home for a fraction of the market value.

The National Police in Estepona have arrested the carer of a 79-year-old British expat dementia sufferer, after allegedly robbing him of his home and his vehicle. The suspect, a 24-year-old Romanian, had allegedly pressured the old man to mis-sell his property, in the process obtaining a significant profit for himself.
The investigation began on June 1 when officers at the Police Station of Estepona received information from the fraud prevention department of a bank that had been alerted by the concern of an employee.
The bank assistant had suspicions about the companion of an elderly customer who tried to withdraw a large amount of money by exchanging a €44,000 euros check-  which was the proceeds from the sale of the house.
According to the investigation, the elderly man, who suffers from memory problems, had recently sold his home at a price “well below the market value, being pushed to do so, apparently, by his caregiver”.
According to the officer’s investigations, neither the real estate agency that handled the sale, nor the notary’s office where the signing took place, nor even the purchasers of the house detected any “disorientation” in the seller. The elderly man had also apparently received €30,000 euros in cash as part of the payment for the transaction.
The investigators questioned the poor man about the money he received at the notary’s office, and he did not remember having received it, nor did he remember selling his house. The apparent cognitive problems of the elderly man soon led the agents to confirm that they were dealing with serious fraud.
Finally, officers arrested the caregiver for his alleged involvement in a crime of fraud. The investigators concluded that the suspect had duped the victim, taking advantage of his state of health, to rob him of his main assets, house and vehicle.
The expat pensioner is now being looked after by his nephews and the Court of Instruction number 5 of Estepona has taken over the investigation of the case.