Orange heat alert for Alicante with temperature soaring to 39 degrees 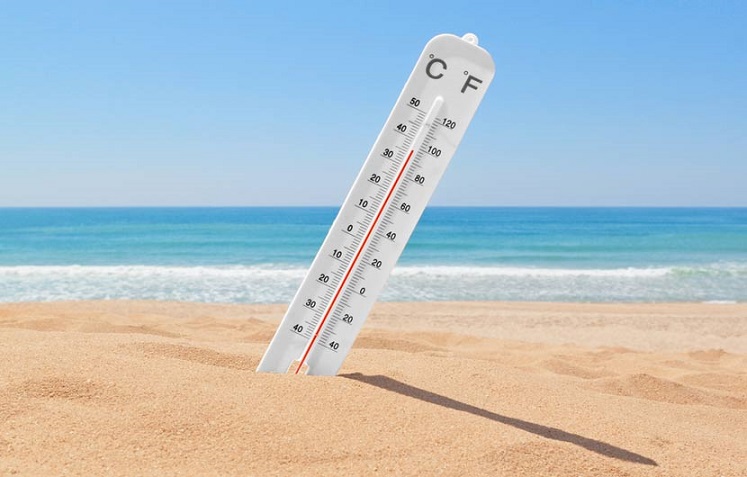 ORANGE heat warning for Alicante with temperatures set to soar up to 39 degrees. The State Meteorological Agency plans to declare an orange heat alert in the south of the province due to the fact that temperatures are expected to reach 34 degrees on the coast and up to 39 degrees in the interior, as what already happened on Sunday, July 3, in Orihuela. Saharan air mixed with the humidity of the Mediterranean is the result of this heatwave, according to Jorge Olcina, director of the Laboratory of Climatology at the University of Alicante.
As reported by Informacion.es, the region is also at maximum risk of forest dangers in a mountain loaded with plant material after a generous winter and spring of rain. The data that has been registered in the Alicante-Elche airport observatory at eight in the morning the thermometer read 24 degrees. An hour later the “mercury” had risen to 32.5 degrees and continues to rise, as confirmed by the State Meteorological Agency.
The Laboratory of Climatology of the University of Alicante foresees, based on the data obtained from the forecasts of the European and North American models, that the province will have a hot and very dry summer, not with extreme maximum temperatures but it is marked by the prolonged heat and loaded with humidity, which will be present almost all day and especially at night, when the temperature will not drop below 25 degrees for many days, which, according to Olcina, “affects above all the climatic comfort and the elderly, with difficulties to fall asleep”.
Olcina relates this situation directly to global warming and climate change, “which in the province is related to the increase in sea temperature. It is for me our main problem ”. According to the State Meteorological Agency, the average temperature will rise half a degree in July and August. Hot nights are becoming more and more frequent as a result of global warming. Scientific research has quantified the increase in mortality that this phenomenon can cause in different European countries. In Spain, that increase is 16%.