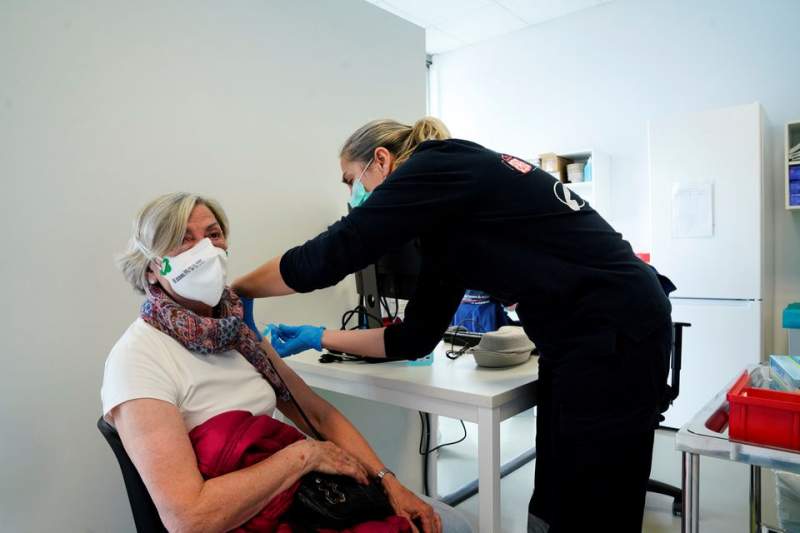 Almost 2 million Spaniards between the ages 60 to 69 years old are still waiting for their second dose.

More than 1.8 million Spanish citizens between 60 and 69 years of age are waiting to complete their vaccination despite the fact that several communities decided weeks ago to shorten the deadline for the administration of the second dose of AstraZeneca due to the spread of the more infectious delta variant.

The vaccination report issued by the Ministry of Health shows that almost all, that is, 95% of this group, 5,062,906 of a census of more than 5.3 million to be vaccinated, have received at least one dose, mostly of the Anglo-Swedish preparation.

This means that 65% (3,474,885) are already immunised with the full regimen, after in mid-June several communities decided to advance the administration of the second dose of AstraZeneca to 8 or 10 weeks after the first dose.

The Communities of Madrid, Andalucia and Galicia were the first to reduce the term of the administration of the second doses for the sixties age group, as announced on June 17, in view of the alert in countries such as the United Kingdom on the expansion of the delta variant.

Subsequently, and when the levels of contagion among young people have again triggered the average accumulated incidence in Spain (already at extreme risk of transmission above 300 cases), other communities followed the strategy, like Murcia did this week, once the Public Health Commission endorsed the measure.

Ministry of Health data indicates that communities have more than 2.1 million doses of AstraZeneca in their refrigerators ready for use, this is despite the failures in the supply of this preparation since the campaign began.