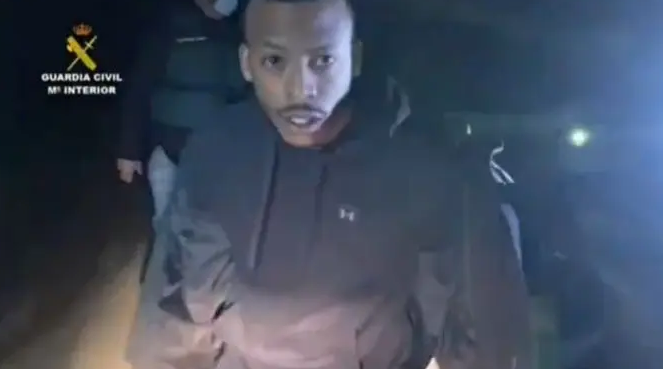 A JUDGE in Malaga has charged alleged acid attacker ‘El Melillero’ with a further five crimes.

The court in Malaga investigating El Melillero for allegedly arranging for acid to be thrown at his ex-girlfriend and her friend is also looking into further crimes the man may have carried out.
The judge charged him following a statement by his ex-girlfriend.
His ex-girlfriend, Sandra, who had acid thrown in her face earlier this year, told a Malaga court that she had left El Melillero after he injured her hand with a knife following an argument.
A judge is now also investigating the claims coming out of Sandra’s testimony in the case against El Melillero.
Speaking at the court, El Melillero again denied arranging to have acid thrown at his girlfriend and her friend, and said he was not at the scene when the acid was thrown.
Earlier this year, police in Malaga arrested a man they think may have thrown the acid used in the El Melillero case.
According to reports, police believe the acid may not have been thrown by El Melillero and was instead thrown by a man traveling with him, who officers have now arrested.
While police previously thought the acid attack was carried out by Jose Arcadio D N, known as El Melillero, they now believe an as yet unnamed co-conspirator was the one who threw the acid, with El Melillero planning the crime.
The suspect was arrested on suspicion of being co-conspirator of the acid attack which was carried out against El Melillero’s ex-girlfriend and one of her friends of her in Cartama, Malaga.
While the two victims named El Melillero as the man who had thrown acid at them, witnesses also reported seeing another man escaping with El Melillero by car, leading police to search for him.
The man was eventually found during the search of a house in Fuengirola.
According to reports, officers were already investigating El Melillero before his acid arrest.
The Guardia Civil had reportedly been investigating El Melillero and his gang for a failed assault on a drug shipment.
The incident took place last year when a Guardia Civil patrol said they saw several individuals trying to approach a lorry on the motorway.
Police intervened and the group drove off, however officers found 282.5 kilos of hashish and 124 kilos of marijuana on board the lorry.
Investigating who had tried to stop the vehicle, police found it was a group based in Mijas and Fuengirola in Malaga.