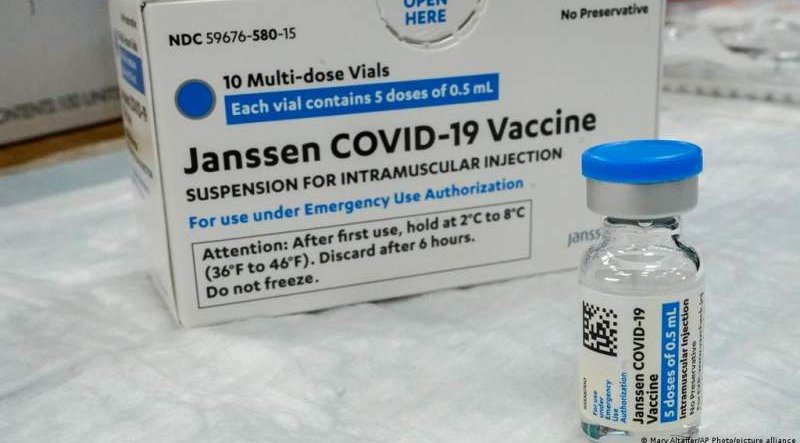 The American Food and Drug Administration is preparing to announce a new warning for the Johnson & Johnson coronavirus vaccine saying the shot has been linked to a serious but rare side effect called Guillain-Barré syndrome, in which the immune system attacks the nerves, according to four individuals familiar with the situation.

The Spanish Public Health Commission decided on Tuesday, June 2, that the Janssen Covid-19 vaccine, which only requires one dose to offer its full protection against serious illness, will be used in Spain for the 40 to 49 age group. The decision by the commission, which is made up of the Health Ministry and the country’s regional health authorities, could see the speed of the vaccination drive accelerate considerably given that a second shot is not required.

About 100 preliminary reports of Guillain-Barré have been detected after the administration of 12.8 million doses of Johnson & Johnson vaccine in the United States, the Centers for Disease Control and Prevention said in a statement Monday. The cases have largely been reported about two weeks after vaccination and mostly in men, many aged 50 and older.

The warning on the Johnson & Johnson vaccine will be the latest blow to a vaccine that had been widely anticipated for its ease of use — it requires only a single dose, which makes it especially helpful in immunising harder-to-reach populations and regions. But the vaccine has been plagued by problems.

Available data do not show a pattern suggesting a similar increased risk with the Pfizer-BioNTech and Moderna vaccines, after more than 321 million doses of those vaccines have been administered in the United States.

The Guillain-Barré cases are expected to be discussed as part of an upcoming meeting of the CDC’s Advisory Committee on Immunisation Practices, the CDC said.

Guillain-Barré syndrome usually occurs at a rate of about 60 to 120 cases each week, according to CDC data. While the cause of the syndrome is not fully understood, it often follows infection with a virus, including influenza, or bacteria. Each year in the United States, an estimated 3,000 to 6,000 people develop the illness.

Most people fully recover, but some have permanent nerve damage, according to the CDC. People older than 50 are at the greatest risk. In addition, about two-thirds of people who develop the syndrome experience symptoms several days or weeks after they have fallen ill with diarrhoea or a lung or sinus illness.