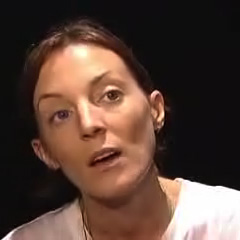 British designer Phoebe Philo is back after a three-year hiatus, with her own name label due to launch in January 2022.

She returns as the majority owner of her own clothing and accessories label “rooted in exceptional quality and design.” French luxury group LVMH has taken a minority stake in the new venture, leaving the British designer firmly in the driver’s seat.

“Being in my studio and making once again has been both exciting and incredibly fulfilling,” Philo said in a brief statement.

“I am very much looking forward to being back in touch with my audience and people everywhere. To be independent, to govern and experiment on my own terms is hugely significant to me.

“I have had a very constructive and creative working relationship with LVMH for many years. So it is a natural progression for us to reconnect on this new project. I have greatly appreciated discussing new ideas with Bernard Arnault and Delphine Arnault and I am delighted to be embarking on this adventure with their support,” Philo added.

Bernard Arnault, chairman and chief executive officer of LVMH, called Philo “one of the most talented designers of our time.”

“We have known her and appreciated her for a long time. Phoebe contributed to the success of the group through her magnificent creations over several years,” he said.

“With this in mind, I am very happy to partner with Phoebe on her entrepreneurial adventure and wish her great success,” he added.