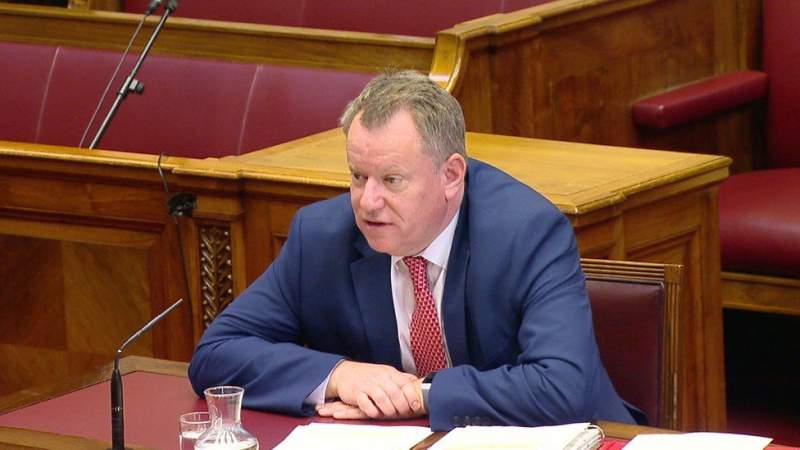 LORD FROST is set to stand firm against the EU and will demand they respect UK sovereignty amid the row over the much-criticised Northern Ireland Protocol.

Ministers at Westminster and Stormont were closely watching the peak of the annual marching in Northern Ireland amid anger among pro-British unionists at post-Brexit trade barriers.

The July 12 parades have often been the spark for violence – by both supporters and opponents – even after a 1998 peace deal largely ended three decades of conflict between Catholic nationalists aspiring to unification with Ireland and Protestant unionists seeking to retain the status quo.

The Protocol is deeply unpopular with unionists and loyalists as it creates a trade border between Northern Ireland and Great Britain and means EU rules governing trade in goods still apply in the region.

Ahead of a Parliamentary Statement in the House of Lords by Lord Frost later this month, the UK Government made clear the country would not “bend over backwards” to the European Union after Brussels said they had been generous over the Northern Ireland Protocol arrangements.

A UK Government source also stressed the importance of the protection of the Good Friday Peace Agreement which ensures peace and prosperity in the region following the Troubles.

They said: “We want to find the best way forward for Northern Ireland, we are confident of a suitable arrangement.

“But we won’t simply bend over backwards as we need to ensure the protection of the Belfast Agreement in all its dimensions. It’s an extremely delicate balance.”

It comes as João Vale de Almeida, EU Ambassador to the European Union, said: “This is the first time in history the European Union outsources the control of part of its external border to a third country which is what the UK choose to be.

“Can you imagine a clearer and more affirmative way of recognising British sovereignty by somehow outsourcing part of our sovereignty in the control of our border to a third country? I think this is very powerful in terms of how much we invest in this relationship.”

The Eurocrat also claimed the European Union had been extremely generous to also allow the extension of grace periods on chilled meats to avoid a so-called “sausage war” last month.

The EU also since changed its rules to allow medicines to continue to flow from the UK into Northern Ireland and waived the obligation to show the motor insurance green card for drivers from the UK.

He added: “We put forward a package that goes a long way. We are ready to change our legislation on medicines to allow the full supply that Northern Ireland needs. This goes a long way in terms of building trust and finding solutions for problems. We only hope that the same attitude will be there on the other side and I have no reason not to trust that.”